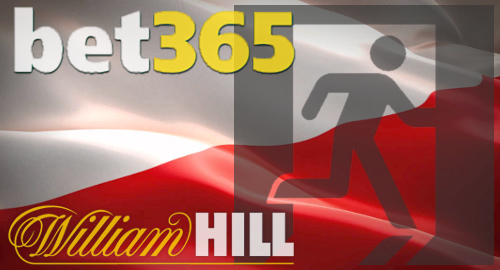 A growing number of Polish-facing online gambling operators are racing for the border ahead of new regulatory restrictions that take effect on April 1.

Last December, Poland’s legislature approved the amended Polish Gambling Act, which imposes new domain- and payment-blocking measures on online operators who lack a Polish gaming license. The Act has been referred to the European Commission and the mandatory standstill period expires on March 31.

A number of online gambling operators have since announced that they would quit the Polish market rather than apply for a new Polish license. In February, Pinnacle said it would bid Poland adieu as of April 1, while this week saw Malta-licensed EnergyBet announce its exit from Poland’s “highly restrictive and hostile regulatory environment.”

EnergyBet’s ‘Dear Jan’ letter was followed by news that UK operators Bet365 and William Hill had informed their Polish players to withdraw their funds ahead of the April 1 cutoff, while the companies’ affiliate marketing partners were instructed to remove all banner ads and text links related to their Polish operations.

Hills’ email to affiliates left open the possibility that the company could return to the Polish market via a new local license, despite the fact that the amended regulations retain the controversial 12% tax on sports betting turnover that the Remote Gambling Association and even some Polish cabinet ministers have derided for rendering the market unviable for operators.

Poland’s government has suggested it will revisit the tax issue via separate legislation at some future date, but there’s been no sign of action on this front in recent months. Meanwhile, the government has set a July 1 target to start imposing those blocking measures against unauthorized operators who continue to accept action from Polish punters without a local license.

Poland’s amended Act also allows local gamblers their first government-approved access to online casino, poker and bingo products, but only if they access such products via the state-owed Totalizator Sportowy lottery monopoly.