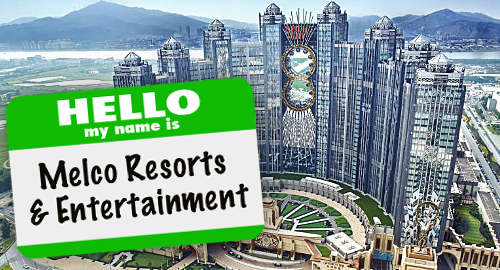 MCE is scheduled to hold its annual general meeting of shareholders at its City of Dreams property in Macau on March 29. One of the proposals on which shareholders will be asked to vote is changing the company’s English name to Melco Resorts & Entertainment Ltd.

MCE had previously announced that it planned to establish a “new corporate entity” following MCE CEO/Chairman Lawrence Ho’s purchase in December of a controlling share in the MCE joint venture from his former equal partner, Australian casino operator Crown Resorts.

Crown, which once held a 34% stake in MCE, has reduced its share to just 11.2% as part of the company’s sweeping restructuring of its business to focus on its domestic gaming operations. With Crown boss James Packer more or less out of the MCE picture, MCE shareholders are also being asked to approve the elimination of the now superfluous role of Deputy Chairman.

PACKER WANTED FOR QUESTIONING IN NETANYAHU PROBE
Speaking of Packer, his international problems continue to mount. His head of international VIP operations is still languishing in a Chinese prison cell, his latest attempt to build a casino in Las Vegas has once again come to nought and now Israeli authorities want to question him regarding his friendship with Prime Minister Benjamin Netanyahu.

Last December, an Israeli TV program reported that local authorities had expanded their probe into Netanyahu’s alleged corruption to include Packer’s financial generosity toward Netanyahu, the PM’s relatives and some of his close political associates.

Late last week, the Times of Israel reported that Israeli police had contacted the Australian Federal Police (AFP) in connection with the Netanyahu investigation, reportedly seeking to arrange interviews with Packer. The AFP has declined to confirm those reports, saying it doesn’t discuss assistance requests from other countries.

Packer isn’t Jewish but in 2014 he bought a beachfront mansion next door to Netanyahu’s private residence. Packer has since made sizable investments in Israel’s booming technology sector. Israel’s Interior Minister has said that Packer’s lawyer inquired about arranging Israeli citizenship for Packer, who could realize significant tax savings from such an arrangement.

Netanyahu has dismissed suggestions of impropriety regarding his relationship with Packer, calling the generosity Packer has shown to himself and his family merely “friendly gestures.”