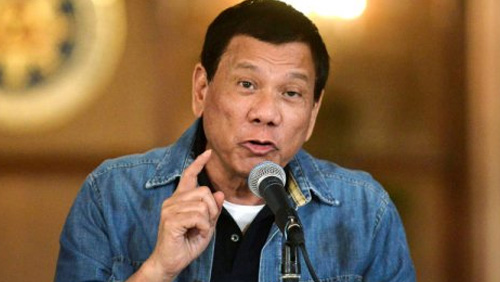 The potential investors were supposed to fund the Mactan Leisure City casino in Cebu City, which would be spearheaded by Calata Corp., a Philippine-listed agricultural products firm.

But in a letter to the stock exchange on Wednesday, management consultancy RiskWise Global Capital Group LLC said that the talks between its client Calata along with Sino-America Gaming Investment Group LLC and Macau Resources Group Limited (MRG) and another group of foreign investors broke down.

The management consultancy pointed out that the prospective funders who backed out from the multi-billion casino project in Cebu were wary about perceived political risks and other issues.

“As with many foreign companies who had been working feverishly to undertake projects in the Philippines during 2016, we have experienced investor backlash as a result of political and social issues,” RickWise said in a three-page reply. “These underlying issues were beyond the control or influence of Calata, Sino and MRG. We would like to report, however, that we are now working diligently to create a commitment with another group that wishes to participate in this $1.4-billion project.”

Calata announced in August 2016 that it had forged an alliance with Sino and MRG to construct a 14-hectare casino resort on Mactan Island in Cebu, which would feature three hotels, a casino and entertainment complex, commercial, retail and conference facilities as well as a yacht club.

The partnership had planned to establish a corporate vehicle called Calata Land, Inc., which would eventually list on the Philippine Stock Exchange as a real estate investment trust and count Mactan Leisure City among its properties.

The three firms eyed to register and incorporate their equity interests in a local company called Mactan Leisure City Management Corp. upon determining a casino operating partner. The new entity would enter into a lease agreement with Calata Land.

“Unfortunately, due to external factors, these timelines were not able to be met. We feel we are about nine months behind schedule,” RiskWise said. “However, we must note that our intentions with Calata are not limited to only one project site and that we continue to work with Calata and land owners to secure other sites. In this regard, this is a real estate business and nothing ever will happen perfectly and simply, particularly at the level we are working at.”