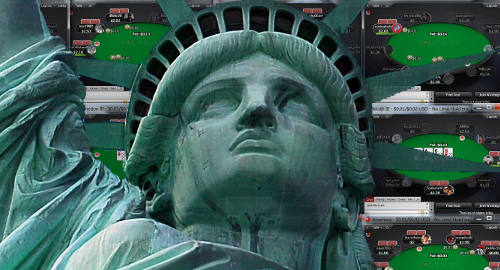 New York’s state Senate has approved a budget proposal that includes language to regulate online poker, but it’s anybody’s guess whether poker will end up in the final version that lands on the governor’s desk.

On Wednesday, the New York Senate and Assembly both passed their respective budget proposals, setting the stage for a marathon round of haggling to resolve differences between the two budgets, as well as incorporating the wishes of Gov. Andrew Cuomo, by the state’s April 1 deadline.

Legislators are expected to begin committee work on Monday to harmonize the three competing visions. Both the Senate and Assembly introduced bills this year to regulate intrastate online poker but only the Senate budget plan contains online poker language. And it’s worth noting that the Senate also included poker in its 2016 budget, only to eventually remove the poker component from the final text.

The Senate has traditionally been an easier sell on online poker, having approved a poker bill by a 53-5 margin in the 2016 legislative session. That bill failed to advance when the Assemblyman J. Gary Pretlow opted not to introduce a companion bill based on his belief that poker lacked sufficient support in the Assembly.

In February, Pretlow signaled that circumstances had changed, saying he didn’t expect to see “much opposition” in the Assembly to passing an online poker bill this year. But he also warned that there were “some individuals in the administration that are really opposed to this.”

Gov. Cuomo weighed in (sort of) on the poker issue earlier this month, when Cuomo’s press secretary Dani Lever reminded local reporter Andrew Whitman that the state had only recently authorized the development of commercial casino operations and thus “any proposal that could potentially impact that would have to be reviewed very carefully.”

New York’s overall budget envisions raising total revenue of over $160b, to which online poker’s potential contribution would be miniscule, although there would be a first-year bonus thanks to 11 potential online poker licensees paying initial fees of $10m apiece. It remains to be seen whether that will be sufficiently enticing to tip the scales in poker’s favor. Should poker fail to make the final budget, the option remains to pass online poker as a standalone bill before the current legislative session concludes on June 21.