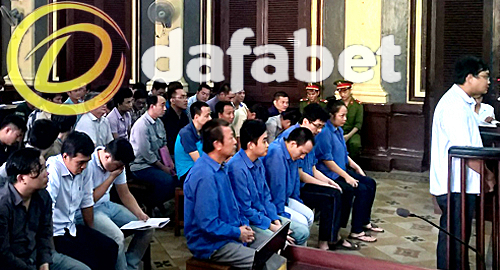 Vietnam has handed down sentences to 64 individuals accused of acting as local agents for online gambling operator Dafabet.

On Monday, the People’s Court of Ho Chi Minh City sentenced 38-year-old Singapore resident Wong Boon Leong to 14 months and 24 days in prison for acting as the ringleader of a gang of local agents drumming up business for Dafabet.com, which holds a license issued by the First Cagayan Leisure and Resort Corporation in the Philippines.

Wong’s sentence matches the time he’s spent behind bars since he and his cronies were arrested in December 2015. The net result is that Wong was allowed to walk free following his sentence, which also required Wong to pay a fine of VND 100m (US $4,400) and forfeit another VND 500m he earned from his Vietnamese dealings.

Wong arrived in Vietnam in December 2014, where he liaised with three Ho Chi Minh City residents, who in turn recruited another 60 locals to arrange bets, collect losses and distribute winnings to bettors. At the time of the 2015 arrests, police said the ring had handled wagers worth around VND 1t ($45m).

While Wong is now a free man, the same can’t be said for some of his former cronies, who received sentences ranging from nine months of probation to three years behind bars. The accused faced charges of organizing illegal gambling, while at least 43 were charged with opening accounts with local banks for the express purpose of funnelling money to and from the Dafabet site.

Vietnamese punters have few options when it comes to legal wagering besides local lotteries, although the government has recently taken steps to broaden the betting menu. Since the year began, Vietnam has announced a three-year trial program under which locals will be allowed to access two brick-and-mortar casinos, provided residents can prove they have the financial wherewithal to withstand a streak of bad luck.

Vietnam has also announced a five-year trial of allowing local punters to wager on international football matches, but critics have already suggested that the program’s strict wagering limits – including a daily wagering cap of VND 1m ($45) – will do little to deter more serious punters from continuing to seek out less restrictive online options.