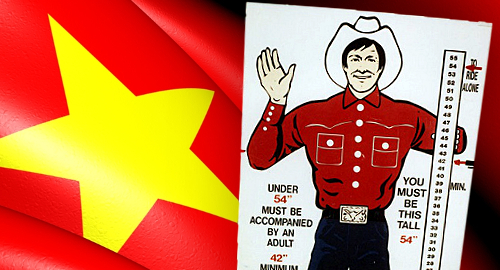 Vietnam has offered further details regarding its trial run of allowing local residents to gamble in select casinos, including mandatory income requirements.

In late December, Vietnam media outlets reported that Prime Minister Nguyễn Xuân Phúc had confirmed the government would proceed with its three-year trial of allowing local residents to gamble at two select casinos – one in Quang Ninh province and the other on Phu Quoc island – both of which are still under construction.

Over the weekend, these media outlets offered more specifics on the hurdles Vietnamese citizens will have to clear in order to participate in this locals-in-casinos trial. Hints regarding these requirements have been dropping for over two years, but the government has reportedly finalized the details in preparation for issuing the nation’s new gambling decree.

First, Vietnamese nationals seeking to gamble in casinos will have be at least 21 years of age. They will also have to demonstrate that they have a stable minimum monthly income of at least VND 10m ($442). This represents an improvement over previous suggestions that put the threshold at VND 15m, but World Bank statistics show that average monthly income in Vietnam is VND 4m, meaning casino entry will remain off-limits for the average citizen.

Vietnam plans to impose a Singapore-style casino entry fee for local residents, who will have to ante up VND 1m ($44) per day or VND 25m ($1,100) for a monthly pass. The charge is less than the daily S$100 ($70) levy Singapore imposes on its locals but will still represent a significant barrier to most Vietnamese.