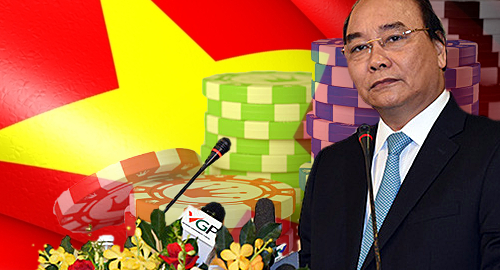 Two casinos in Vietnam will be allowed to admit local residents on a trial basis, according to the most recent reports regarding the country’s long-awaited gambling decree.

The day before Christmas, local media reported that Prime Minister Nguyễn Xuân Phúc (pictured) had held a meeting with authorities in Quang Ninh province on December 22 during which the casino plans were discussed.

Nguyen reportedly confirmed that the Politburo had decided to conduct a trial of allowing locals to enter one casino being built in Quang Ninh’s Van Don special economic zone near the Chinese border and another being built on Phu Quoc island off the country’s southern coast.

Vietnam had been sending mixed signals regarding the possibility of a locals in casinos trial. In September, the Ministry of Finance submitted its latest draft of the new gaming decree, which reportedly argued against the trial. But October brought reports that the trial, which is scheduled to last three years to gauge the impact on society, was back on.

To date, most international casino operators have given Vietnam a wide berth, insisting that the market’s potential hinges on a consistent supply of local mass market gamblers, the kind that currently flock to the small-scale casinos in Cambodian border towns. Longtime Vietnam market watcher Augustine Ha Ton Vinh has estimated that Vietnam is losing out on as much as $800m per year in lost tax revenue to these border casinos.

Despite the positive indications, there’s still no confirmed timeline for when the gambling decree will be finalized, nor when the locals trial might commence. The government is also working on relaxing its longstanding prohibition on sports betting, although the proposed wagering restrictions have been widely criticized.