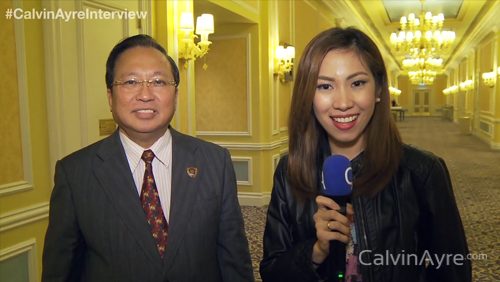 Things are looking up for Vietnam’s gaming industry, according to Augustine Vinh.

Analysts recently forecast further delays in the plans to expand gambling in the country following the re-election of General Secretary Nguyen Phu Trong, who is believed to be not in a hurry to legalize gambling in Vietnam.

But Stellar Management CEO Augustine Vinh believes otherwise. In an interview with CalvinAyre.com, Vinh said there will be more integrated resorts cropping up all over the country in the near future, bringing more tourists to Vietnam.

The country is currently in the midst of discussions on whether to expand the gaming industry or not.

“The Ministry of Finance has been commissioned by the prime minister to come up with a draft decree, so we have a number of draft decrees already and then hopefully in the near future they’re going to release a new version and the new version will be fairly acceptable to international investors,” Vinh said. “We’re talking about integrated resorts in Vietnam we’re talking about accepting the investment of $2 billion… We’re talking about Vietnamese locals will be allowed to come in, and also we talk about master planning the number of integrated resorts, we’ll be limited to at least four—one in the north, one in the central, one in south and one in the island—so that’s where we stand today.”

To attract international investors, Union Gaming Securities analyst Grant Govertsen previously said the Vietnamese government must “dramatically lower the minimum requirement as well as lower gaming tax in order to be competitive in the region.”

More importantly, according to Vinh, the government must take into account the people’s sentiments.

“Investors anywhere, they want a stable environment a regulatory framework a legal environment so Vietnamese government they have to work on decrees, gaming decrees and gaming laws and maybe gaming commission, that’s one. Secondly, they have to find a tax system that allows investors to come in, make some money and to prosper,” Vinh said. “And no. 3, the government is very interested in social issues, how to open up a gaming industry to the people and without any social problems because once local people object to this kind of gaming facilities then there will be problems.”