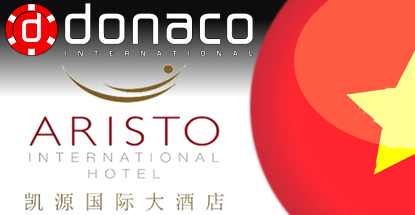 Vietnam has clarified minimum income hurdles local residents must clear if they wish to patronize the country’s land-based casinos. The Ministry of Finance recently submitted a draft decree that would lift the longstanding prohibition on locals entering casinos, a limitation that casino operators have long sought to undo.

On Tuesday, a senior Ministry official told VietnamNet Bridge that any local resident wishing to enter a casino must be able to demonstrate a monthly income of VND 15m (US $708). The average monthly income in Vietnam in 2013 was VND 3.4m, meaning casino entry would remain an unattainable option for most residents. (All the more reason to go online, people.) A second entry classification would apply to those who may not have any monthly income but who could demonstrate possession of valuable assets.

Vietnam currently has seven casinos, all of which are restricted to holders of foreign passports. Donaco International operates a casino in Lao Cai, on the country’s northern border with China. The recently expanded Aristo International Hotel had its soft launch on May 18 and, while it was only open for six weeks of Donaco’s fiscal 2014, it helped boost the company’s annual gaming revenue by one-third.

Donaco CEO Joey Lim said Aristo’s performance was all the more impressive considering the “significant headwinds” it had faced in its short life to date, including the 2014 FIFA World Cup and the diplomatic tensions between Vietnam and China. But those headwinds were now “easing” and Lim expressed “confidence in the strong growth potential of the business in the year ahead.”