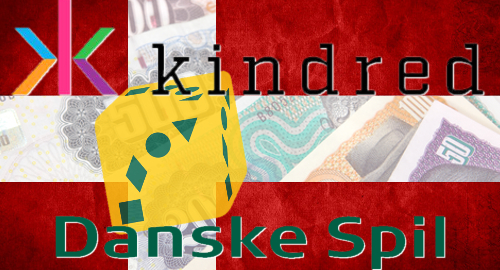 Online casino products were the star performer in Denmark’s regulated online gambling market in 2016, according to new year-end statistics.

Figures released Monday by the Spillemyndigheden regulatory agency show sports betting and online gambling revenue rising 13% year-on-year to DKK 3.74b (US $533.3m) in 2016. For the three months ending December 31, the figure was up 7% to DKK 960m.

Overall sports betting rose 8.8% to DKK 2.17b in 2016 despite flat Q4 figures. Online betting accounted for DKK 1.4b of 2016’s total, representing slightly less than two-thirds of all sports wagering, in keeping with recent trends.

The biggest year-on-year gainer was online casino, which shot up nearly 24% to DKK 1.41b. The gains came primarily from online slots play, which rose to 72% of online casino revenue from 68% at the start of 2016.

Online poker continued to stink out the joint in 2016, falling more than 10% year-on-year to DKK 148m. On the plus side, poker’s Q4 rate of decline slowed and the vertical managed a small sequential revenue increase, albeit from a historically low figure in Q3.

As for the land-based industry, the gaming machines in halls and restaurants managed a slight sequential uptick in Q4 but full-year 2016 revenue was down 3% to DKK 1.5b. The country’s seven brick-and-mortar casinos rose 8% in Q4 and 8.5% for 2016 to DKK 379m.

KINDRED GROUP MAKING PLAY FOR DANSKE SPIL?
Meanwhile, a Danish business media outlet has reported that the Kindred Group, the parent company of Unibet and other online gambling brands, has expressed an interest in acquiring parts of Denmark’s former state monopoly Danske Spil. Last April, the government announced it was mulling the sale of Danske Spil’s online betting, casino and poker operations.

However, Danish Finance Minister Kristian Jensen downplayed the likelihood of a blockbuster deal, telling Borsen that it was probably in the best interest of the nation if Danske Spil remains under state control. The state earned DKK 743m profit from the gambling operator in 2015.