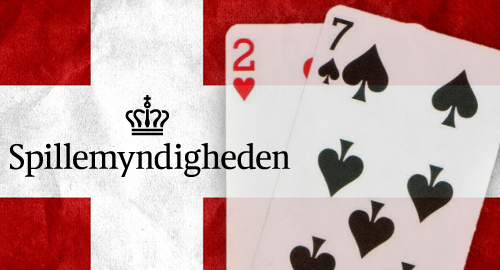 Denmark’s regulated online gambling market took a step back in Q3 2016 thanks to declines in both sports betting and poker revenue.

Figures released this week by the Spillemyndigheden regulatory body show overall betting and online gaming revenue of DKK 910 (US $130m) in the three months ending September 30. The figure is DKK 20m higher than Q3 2015 but DKK 25m lower than the Q2 2016 figure.

The biggest decline came in the betting vertical, which reported revenue of DKK 520m, which is DKK 20m less than Q2’s total (which featured the Euro 2016 football tournament) and DKK 40m below Q3 2015’s number. Spillemyndigheden noted that betting suffered its first sequential decline since Denmark liberalized its market in 2012 and comes after three quarters of very strong growth.

Online casino revenue (excluding poker) totaled DKK 355m, up 22% year-on-year but flat sequentially. Slots’ share of the online casino total improved from 68% in Q2 to 70% in Q3, while roulette and blackjack each accounted for about 5-6% and other casino products made up the remaining 10%.

Online poker slipped DKK 5m to DKK 35m, reducing its share of the casino pie by one point to 9%. Spillemyndigheden noted that the online poker revenue total is the “weakest level” since the regulated market launched.

In other Danish market news, GVC Holdings has announced a new exclusive slot for former state monopoly Danske Spil. The new HTML5-built five-reel Nisseautomaten (‘Elf Slot’) has a Christmas theme, making this week’s launch on desktop and mobile perfectly timed to cash in on holiday sentiments.