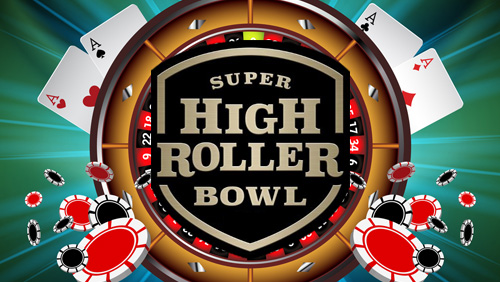 The field for the 2017 Super High Roller Bowl is nearly complete after organisers announce a further 20-names, leaving only a mystery celebrity missing from the lineup.


In a strange way, the balls-up by everyone associated with the construction of the Super High Roller Bowl field has resulted in more interest in the event. But the drama is nearly over.

The organisers weren’t prepared for the event to sell out in a single day and reacted by holding an impromptu live lottery to select the first 35 bums that would occupy seats. Here they are:

That left the hopes of 19 players in the hands of ARIA officials who now had the final say. Obviously, that subjective outcome was never going to be satisfactory, and the organisers decided to increase the player cap to 56.

Here is the next tranche of players selected to compete.

All that remains is for the SHRB officials to nominate the celebrity player to take the field to 56. That announcement takes place next month, and CardsChat writer Jon Sofen threw the names of Brad Garrett, Don Cheadle, Ben Affleck and Kevin Pollak into the ring.

I don’t believe it will be one of those four. Had it been, I think the organisers would have announced the name already. Except for Batman, the other three are familiar faces in the US poker scene, and the late announcement tells me it will be someone different.

With Kevin Hart making an appearance in the PokerStars Championships at the Bahamas, and Aaron Paul competing there and in the Global Poker League (GPL), I fancy those two to be right up there. I also think Michael Phelps could be a decent bet from left field.

Back to the poker players and the biggest name missing from the list is Phil Ivey. Other players, I would have liked to have seen compete are Phil Galfond, Viktor Blom, Tom Dwan, Daniel Cates, Vanessa Selbst, and Patrik Antonius.

Finally, I said in my last article on this matter, that it wouldn’t surprise me if a few of the players took their $30,000 and ran after realising the event would be so pro heavy. Those who were supposedly in the initial draw and are now AWOL include the British trio: Max Silver, Stephen Chidwick, and Charlie Carrel.

The Spaniards Sergio Aido and Adrian Mateos are also absent. Jonathan Jaffe, Jan-Eric Schwippert, Darren Elias, and Max Altergott will also have to make do with watching the event on the live stream.