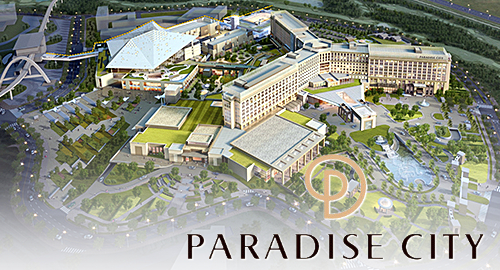 Figures released this week show Paradise Co Ltd’s revenue falling 2.6% to KRW 173.6b (US $150.5m), while higher expenses related to finishing its new Paradise City integrated resort in Incheon resulted in operating profit falling 42% to KRW 6.4b and net profit sliding nearly one-third to KRW 4.4b.

Paradise, which operates five foreigner-only gaming venues, said gaming revenue was down 3.7% to KRW 151b. Total gambling turnover was up nearly 4% year-on-year to KRW 1.31t, but turnover from Chinese VIPs fell 10% to KRW 639b.

Japanese VIPs did their best to buck up the numbers, boosting their spending at Paradise’s tables by 13.2% to KRW 308b, while VIP turnover from other nations was up one-quarter to KRW 183b and mass market table drop rose more than one-third to KRW 182b.

Paradise City, a joint venture of Paradise Co and Japan’s Sega Sammy Holdings, has promised to launch its first phase by April. The project, which the company proudly bills as the first Korean-style integrated resort in northeast Asia, hopes to have all its phases open to the public by Q1 2018.

Online poker giant PokerStars is scheduled to host a live event at Paradise City starting July 14 and concluding 10 days later. The first-ever ‘PokerStars Festival’ is expected to feature buy-ins of between US $1k and $1,500.

GRAND KOREA LEISURE GETS A LITTLE GRANDER
Grand Korea Leisure (GKL), which operates three casinos under the Seven Luck brand, reported its Q4 revenue shooting up more than one-fifth to KRW 148.6b. Not weighed down by the costs of prepping a flashy new integrated resort, GKL’s Q4 profit jumped 85% year-on-year to KRW 34.1b.