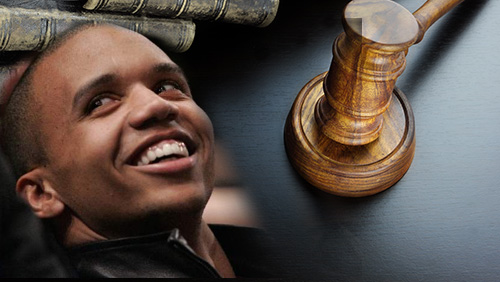 An update as appeared in northjersey.com stating that The Borgata Casino & Spa in Atlantic City will not prevent Phil Ivey from pushing the edge sorting case to the Third Circuit Court of Appeal.


Phil Ivey has one final chance to keep the $10.13m in damages that a Judge decreed he should hand over to the Borgata Casino & Spa in Atlantic City after outsmarting them at the Baccarat tables in 2012, and that’s the U.S. Third Circuit Court of Appeals.

It’s 2012, and a talented young lady by the name of Cheung Yin Sun tells Phil Ivey that she is a member of X-Men. Her special powers are reading playing cards without looking at them.

Phil Ivey is also an X-Men with the same superpowers. Ivey’s ability to see his opponent’s cards when pl

aying poker had netted him over $23.8m and 10 World Series of Poker (WSOP) bracelets.

They aren’t quite sure how to use these superpowers. Ivey tells Sun that he once played Monopoly on a British board and knows that the purple places are top notch.

The pair head to one of these purple areas, Mayfair, and to a casino called Crockfords. They use their superpowers to win £7.7m playing Baccarat. When the session ends, the Casino bids them a fond farewell and tells them to expect a wire transfer.

But £7.7m is a lot of money to lose playing Baccarat.

The casino smells a rat.

They don’t wire the money.

They conduct an investigation and reveal that the playing cards (Gemco) are defective – enabling Sun to use her superpowers.

They refuse to give Ivey his money.

Meanwhile Over at The Borgata

Meanwhile, two years later, the man responsible for the Borgata Baccarat budget in Atlantic City is reading the newspaper during his morning dump when he reads about the Crockford’s case and remembers Ivey and Sun winning $9.626m playing Baccarat at the Borgata in the same period. He remembered because £9.626m is a lot of money, and unlike Crockfords, Borgata paid the man.

The Judge orders Ivey to pay $10.1m to the Borgata because he broke the coveted casino contract. The difference between $9.262m and the $10.1m is how much Ivey won playing Craps with his Baccarat winnings (it seems the only thing Ivey cannot win is a court case).

Fast forward to today, and it’s dark outside. It’s raining. And I am lying in bed reading in northjersey.com that the Borgata has agreed not to stand in the way of the case going all the way to the U.S. Third Circuit Court of Appeal, which I believe is akin to having an audience with Magneto and Professor X at the same time.

According to staff writer, John Brennan, Borgata agreed that ‘final judgment should be rendered.’ And also stated that their legal dispute with the card manufacturers, Gemaco, ‘is no just reason for a delay.’

If you are a fan of Ivey and are wondering if he still has the $10.1m, then don’t sweat. The Borgata legal team noted in their submissions that ‘a number of internet sources estimate Ivey’s net worth at $100 million,’ and that Ivey has many business dealings including life as a ‘fledgling actor.’

If you are wondering why The Borgata would want the case to go all the way to the top, from what I can gather, before Ivey can make the trek he must part with the $10.1m as a bond.

You can read a much more professional update right here (minus X-Men).

The final chapter in this fascinating case of X-Men vs. The Corporation is scheduled for release February 21, 2017.