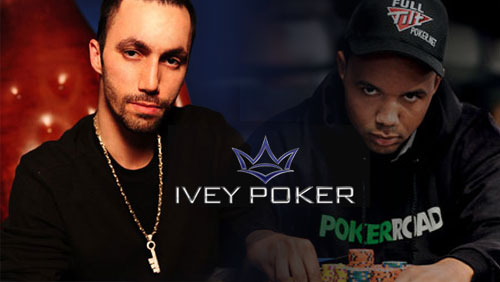 “This news wasn’t supposed to come out till 2015,” Dan Fleyshman stated on his Facebook wall moments after Pokerfuse broke the story that he was to become the new CEO of Ivey Poker.

According to Pokerfuse’s Michael Gentile, the entrepreneur, philanthropist, and darn good poker player, will be the man responsible to spearhead the new re-launch sometime in the New Year.

Ivey Poker debuted as a social media free money game, on Facebook, back in the summer of 2013, but it shut down operation, last week, whilst the site went through a new lick of paint.

The sister training site: The Ivey League, remains in operation, although Gentile’s piece also suggests that this too will undergo a refurbishment in the near future.

The Ivey League boasts an impressive array of stars, but are any of them getting paid? According to the Twitter account of the former pro, Christian Harder, it seems perhaps not.

Harder, a former Ivey Poker Team Pro, left the site at the turn of the year: “I am not going to go into details, but it didn’t work out and was my choice to leave,” tweeted Harder at the time.

Greg Merson also left the site, and eventually wound up becoming the new face of WSOP.com.

Ivey Still Has His Boxing Gloves On

He may be bloody, and beaten, but his legal team has not thrown in the towel just yet.

Phil Ivey will be appealing the decision to withhold £7.8m in Punto Banco winnings, because the Judge in a London trial believed he cheated the casino out of the money.

The casino in question is the Genting owned Crockford’s Casino in London’s upmarket Mayfair area, and Ivey won the money over a few sessions of the Baccarat derivative back in 2012.

Whilst players were heading to Melbourne, Australia, to take part in the World Series of Poker Asia-Pacific event, Ivey was stuck in a courtroom in London as him, and his legal team, tried to prove that ‘edge sorting’ was perfectly legal.

That was not the view of the most important man inside that courtroom. High Court Judge, Sir John Edward Mitting, said that Ivey had used the croupier “as his innocent agent or tool,” and had the dealer known this they would have immediately ceased the action. With this in mind Mitting said: ’this is in my view cheating for the purpose of civil law.’

Mitting also denied Ivey the right to appeal, but it seems his legal team have gone directly to the court of appeal.

The following statement is taken from the Cardplayer blog.

Following the High Court decision of Mr. Justice Mitting last month (8 October) in Phil Ivey’s claim against London casino, Crockford’s, for non-payment of his £7.8m winnings in August 2012, Mr. Ivey has (through his solicitors, Archerfield Partners LLP) launched an appeal against the ruling, it is announced today (3 November). Commenting on the decision, Phil Ivey’s lawyer, Matthew Dowd of Archerfield Partners LLP said: “I can confirm that Phil Ivey filed papers at the Court of Appeal last week. Phil is seeking to appeal the decision on the basis that the Judge was incorrect in both fact and law to conclude that “edge-sorting” was cheating, particularly in circumstances where the Judge made it very clear in his judgment that he considered Phil to be a truthful witness and that he accepted that Phil genuinely believes that his actions during the game at Crockfords did not constitute cheating.”

Ivey is embroiled in a second ‘edge sorting’ court case, this time against the Borgata Hotel Casino & Spa in Atlantic City where it’s believed he won $9.6m playing Baccarat in 2012.

After the Crockford’s decision was announced The Borgata wasted little time in filing a notice to the New Jersey courthouse declaring their intention to introduce the UK High Court judgment into their own civil case against Ivey.