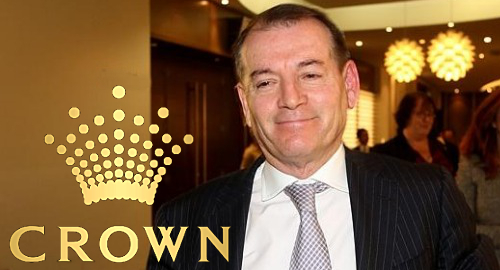 Australian casino operator Crown Resorts has bid goodbye to its chairman while welcoming James Packer back to its board of directors.

On Tuesday, Crown announced that Robert Rankin was stepping down from his position as chairman of Crown’s board effective February 1. Rankin will remain a director of Crown and also as a director of Melco Crown Entertainment, the company’s international casino joint venture with Lawrence Ho’s Melco International Development.

Rankin has also stepped down as CEO of Packer’s Consolidated Press Holdings (CPH) Pty Ltd. Packer thanked Rankin for doing “a very good job” at both companies and said the exits made “the most sense for CPH and Rob personally” in light of Crown’s decision to refocus its attention on its domestic business.

The Crown chairman’s seat will be filled by John Alexander (pictured), who currently serves as the company’s executive deputy chairman. Rankin said he’d “relished the opportunity” to guide Crown through “a rapidly changing period” and expressed confidence that Crown’s ship wouldn’t sink under Alexander’s watch.

Alexander thanked Crown’s board for having faith in his ability to help Crown implement its current strategy, which saw the company abandon its international expansion plans in favor of building up its domestic business. Alexander said he was particularly excited about Crown’s plans to “continue building our wagering and online businesses.”

Crown also welcomed the return of Packer, the company’s single largest shareholder, to its board. Packer relinquished his board seat in December 2015 in order to focus on Crown’s international expansion opportunities. With those opportunities now largely off the table, and having kicked famous flame Mariah Carey to the curb, Packer is apparently looking for some activity with which to fill a billionaire’s idle hours.

Packer’s CPH plans to nominate its new CEO Guy Jalland to the next casual vacancy on Crown’s board, or if the board chooses to expand in size at the company’s next annual general meeting, pending shareholder approval.