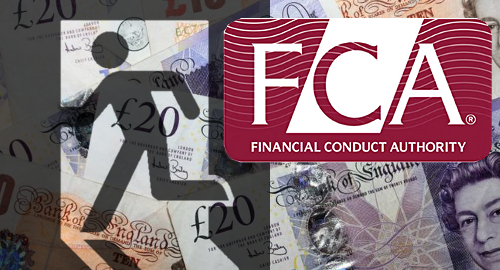 On Tuesday, the Financial Conduct Authority (FCA) announced new restrictions on selling contracts for difference (CFD) products to retail customers who may not understand the full ramifications of their ‘investments.’

The CFD category, which includes spread betting and ‘rolling spot’ foreign exchange products, can result in investors/bettors losing many multiples of their original stake. The FCA says its study of the sector indicates that 82% of investors lost an average of £2,200 on their CFD bets.

The FCA’s proposed changes include standardized risk warnings and mandatory disclosure of profit-loss ratios. Providers will also be forbidden from offering sign-up bonuses or other incentives to promote CFD products.

Companies will also be required to set lower leverage limits (max 25:1) for novices with less than one year of active CFD trading. All retail clients will have their limits capped at 50:1, down from current levels that can exceed 200:1.

The FCA also expressed doubt over the transparency of binary bets and whether these products “meet a genuine investment need.” The FCA says it will eventually introduce policy measures for binary bets once these products are brought under its regulatory oversight.

Christopher Woolard, the FCA’s exec director of strategy and competition, said the changes were needed due to CFD investors suffering “rapid, large and unexpected losses” due to their lacking “an adequate understanding of the risks involved.”

The FCA publicly shamed spread betting firms in February for “failing to do enough to prevent financial crime” and failing to adequately prepare customers for the risks they may be taking.

Online gambling technology provider Playtech, which has heavily invested in its financials division in the past few years, also saw its shares fall, albeit by a comparatively mild 3.5%. Still, the share tumble comes just one week after Playtech founder Teddy Sagi unloaded £329m worth of his Playtech holdings, a sale would have netted £11.5m less this week. Good timing, that.

CFD trading on the up
Eric Bianchi
7 April 2011