Due to a technical glitch on my part, I wasn’t able to get you last week’s power rankings. There’s been some wild, landscape shifting wins over the last two weeks so we’ll get down to organizing things in a gambling-centric manner. But let’s all recognize that no team is safe in the 2016 NFL betting season. 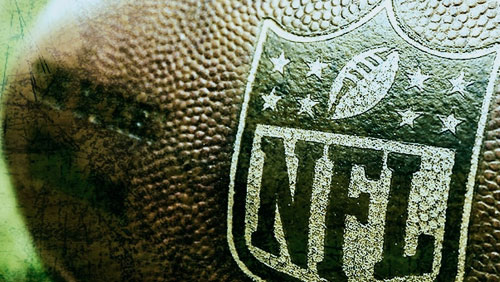 Is Dallas really that much better than the Giants? Are you sure? How much better is New England than the resurgent Raiders? Are the Bucs that far behind anyone? Could they beat the Chiefs?

We always preach for parity and now we have it. The result? Absolutely terrible football. Somebody please sign Kevin Durant in the offseason and make me a super team! I want my football back!

The league isn’t against giving co-MVP’s and I think that football fans are generally getting smart enough to dive deep in to how this game works. Dak Prescott and Zeke Elliott continue to perform insanely well…but they’re constantly put in a position to succeed by that offensive line. It would be epic, and appropriate given how miserable most people have played this year. Tyron Smith, La’el Collins, Travis Frederick, Zack Martin and Doug Free! Say it with me now! START CHANTING THEIR NAMES AT GAMES!

I hate it when a team loses its star player midway through a game and then people are all like “what happened to the offence?!”. It drives me crazy. Gronk will be ok, Dion Lewis is still working his way in to the offence and Brady was also dealing with niggling injuries. The Patriots are still the Patriots and even after playing 53 terrible minutes of football against a division rival, they still managed to scrap together seven competent minutes when it mattered most.

Next Game: Buffalo at Oakland -3.0

To be perfectly honest, I’m just at a point with the Giants where I’m betting them blind. I don’t really enjoy watching them play football all that much. They’ve gone 6-0 SU and 5-1 ATS in their last 6 games so it hasn’t been a bad way to go about my business, but their last five games might be can’t miss sort of stuff. At Pittsburgh, Dallas, Detroit, at Philadelphia and at Washington. That’s pretty juicy…and it’ll define this team as playoff worthy or not.

The undersold element of what Atlanta’s accomplishing this season is that they’ve faced one of the toughest schedules in the league. According to preseason charts, the Falcons are up against the second or third toughest set of opponents.

Phillip Gaines allowed 209 yards against on Sunday, partially because he fell asleep during one of the Broncos’ touchdowns. That’s the most any cornerback has surrendered in 11 years. And somehow the Chiefs still won.

The Saints victimized Gregg Williams, their former defensive coordinator and bountygate proprietor, in a classic shellacking that proves that you don’t need a good defence when your offence has Drew Brees. Speaking of which, cheers to Brandin Cooks for complaining about his targets right as his team is caught in the thick of a playoff race. That’ll get you that extension you crave!

Next Game: Detroit at New Orleans -5.5

In what goddamn universe is Arizona a favorite against anyone at this point?! Get paid, Kirk Cousins!

Next Game: Washington at Arizona -2.5

Considering how bad the AFC is in general, it’s not yet time to throw in the towel on Denver. But I do love how everyone’s just assuming that Tony Romo is going to end up in town next year. Maybe they can do Tony for two more years, and the Big Ben for two more years after that and keep rolling wayward veterans through for the length of Von Miller’s prime.

Next Game: Denver -5.0 at Jacksonville

I don’t hate Richard Sherman as a sports personality, but for whatever reason I absolutely love watching him getting blown up. Mike Evans ate him alive this weekend. As for Seattle’s offence, that game is basically what happens when you start three rookies on the offensive line.

Next Game: Carolina at Seattle -6.5

Truthfully I don’t know where to rank the Steelers on this list but I do know that they don’t deserve to be six-point favorite against the G-Men this weekend.

The Bucs are 4-1 SU and ATS when Doug Martin is in the lineup. That $40 million contract extension that came out of the blue in the offseason sort of makes more sense now.

Phillip Rivers just watched Seattle’s poor offensive line get chewed apart by Tampa Bay and Gerald McCoy. He can’t be all that thrilled to be hosting them this weekend. Aw, who am I kidding! Phil ain’t scared of nobody!

Yes, they’re good. Yes they’re atop the division. Yes they’re fun to watch to a certain extent. Yes, Matthew Stafford is finally getting the credit he’s always deserved. But you have to be suspicious of a team that’s never winning a game heading in to the fourth quarter. I don’t care whether it’s sustainable. It’s just not championship winning football.

Next Game: Detroit at New Orleans -5.5

The Packers aren’t a bad team. They’re just not a great team. We can just leave it at that. There’s nothing “wrong” with them. They averaged 26.8 points from 2013-2015. This year they’re averaging 24.9, which is still good enough for 11th in the league. They led the league in scoring just once and now everyone wants to pretend like they’re supposed to do that every year.

I dunno…do you get a pat on the back for beating Jacksonville? Do you trust this team if they’re down by two touchdowns? I really want to like the Bills but they’re way too conservative for my liking. A couple bad beats in the first half and this team is untenable against the spread.

Next Game: Buffalo at Oakland -3.0

The Eagles went from a team that throttled the Steelers in Week 3 to 2-6 SU and ATS over their last 8 games. I’ve never seen anything like it. They were on the verge and all of a sudden just all “happy to be here”.

Next Game: Philadelphia -1.5 at Cincinnati

Probably not great for league rules in general when a team busts its ass to pin their opponent on their own goal line only to have their entire effort wiped out by a weird loophole where you’re allowed to hold and take a safety and still win.

Next Game: Miami at Baltimore -3.0

Brock Osweiler has sincerely had one great game: in Week 6 against during an overtime victory where he threw for 269 yards and a 90.7 rating…against the freaking Colts. He hasn’t touched that mark in terms of passing yards or rating at any point during the season and is pretty much getting worse as we go along.

Let’s back the truck up here for a second. Take a look at these two players:

The first player is Teddy Bridgewater through all of 2015. The second is Sam Bradford through Week 12 of this season. Now go and talk amongst yourselves about whether or not Bradford is the real problem here.

Are you less impressed or intimidated by any other team that’s 6-0 SU and 5-1 ATS in their last 6 games? By the way, if you haven’t noticed that “quarterback guru” Adam Gase hasn’t cut down on his use of Ryan Tannehill immensely than you’re an idiot. Tannehill hasn’t crested 300 yards since Week 3 and isn’t getting the opportunity to since he’s being limited to about 25-30 throws. It’s generally not a positive thing when your franchise quarterback does less and your team does better.

Next Game: Miami at Baltimore -3.0

Everything that’s happened to Todd Gurley may end up happening to David Johnson as well. Carson Palmer needs to go. Dude turns 37 a couple days after Christmas and he’s been a hot pile of garbage all year. The quarterback market is a completely barren coal mine and rookies are basically a diamond in the rough. So what do you do if you’re Arizona and you have maybe the best back in the business? Yeah you trade for Tony Romo.

Next Game: Washington at Arizona -2.5

Did anyone think that Carolina would be at the bottom of the NFC South by the time Week 12 came around? This has gone from bad to worse to downright ugly in a hurry.

Next Game: Carolina at Seattle -6.5

Was there a seat sale on flights to Revis Island that nobody clued me in on?

Next Game: Indianapolis -2.0 at NYJ

It’s tough. They’re fun to watch. Mariota is getting better. They’re actually winning games and making it entertaining. Unfortunately, the oddsmakers have them dead to rights as a “run first, decent defence” team and that’s sucked all the fun out of the bag when betting them.

Kicker Pat McAfee seems hilarious, but it’s not a good thing when a special teamer is the most interesting person on your current roster.

Next Game: Indianapolis -2.0 at NYJ

Something something “also probably going to try and trade for Tony Romo”.

Next Game: San Francisco at Chicago -1.5

You know what’s weird? Blake Bortles was taken in the 2014 NFL Draft, the same year as Bridgewater, Manziel, Carr and Garoppolo. Doesn’t he feel like he’s been a fixture in our lives for a lot longer than that?

Next Game: Denver -5.0 at Jacksonville

I’ve sort of mentioned it a bunch of times this year, but Cincinnati losing guys like A.J. Green and Giovani Bernard are really going to kill your offence. So any chatter about Marvin Lewis potentially losing his job has to stop. If he hasn’t lost it be now, he’s never going to get fired.

Next Game: Philadelphia -1.5 at Cincinnati

Next Game: San Francisco at Chicago -1.5

It’s not all bad in Cleveland. At least you’re only three games behind the Bengals