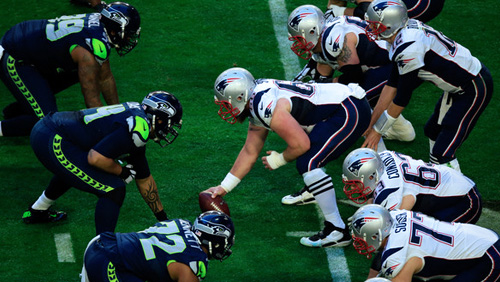 Tom Brady and the New England Patriots will try to keep rolling in Week 10 against Russell Wilson and the Seattle Seahawks.

New England is a 7.5-point favorite against Seattle with a 49-point total. New England is 14-2 straight-up and 10-6 against the spread in their last 16 games as a favorite of 7.5 or more points. The Seahawks have not been this big an underdog since 2012; for what it is worth, they beat the spread during that game.

The Seahawks are 5-2-1 SU and 3-4-1 ATS in spite of lacking much of a running game to complement QB Russell Wilson. Seattle, which is 5-2-1 ATS in their last eight games against AFC East teams, has been moving the ball through the air with Wilson relying mostly on WR Doug Baldwin and TE Jimmy Graham.

The Patriots recently traded OLB Jamie Collins, which could leave them less capable of covering the tight end. New England also has the lowest sack rate in the league, but has a bend-don’t-break defense that has allowed only nine TD passes in eight games.

The Patriots are 7-1 both SU and ATS and Brady has been rolling since returning in Week 5, but they are just 2-3-1 ATS in their last six post-bye week games. The extra week to prepare for facing the likes of CB Richard Sherman, SS Kam Chancellor and MLB Bobby Wagner should assist the Patriots with cooking up a game plan that keeps the Seahawks defense guessing.

New England is much healthier at the season’s midpoint than it was last season, with WR Julian Edelman back as Brady’s favorite target. The Seahawks also struggle to cover tight ends, which could create openings for Rob Gronkowski.

With RB LeGarrette Blount, the Patriots are the more likely of the two teams to get untracked in the rushing phase. New England is playing their first game at Gillette Stadium since Week 6. They are 19-0 SU in their last 19 home games after consecutive road games.