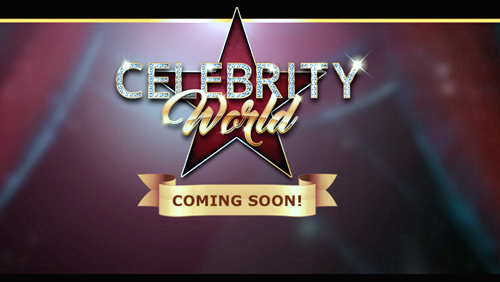 If you are into that celebrity thing, then you are going to love the direction that the World Poker Fund Holdings Inc. (WPFH) is heading.

A week after the entertainment company closed a $1.2m investment from the PR firm 1-800-PublicRelations (1800pr), they have put that partnership to good use, with the announcement of the impending launch of the WPFH’s newest endeavour CelebrityWorld.com.

Fans of glossy magazines, reality TV shows, and the Kardashians will be thrilled to hear that the new social gaming platform will hit the cyber airwaves on April 15 for beta gamers. The red carpet needs a hoover in time for the grand opening on May 1.

“This is going to be the biggest thing since online gaming started,” said the 25-year old multi-millionaire rap star Soulja Boy.

The new site will be an eclectic mix of online gambling and socialising. There will be an online casino containing all the classics such as blackjack, video poker, and slot machines. Also, there will be less familiar games such as bingo, fringo, and solitaire.

There will be an online poker room hosted by the $12m man Jamie Gold. The former WSOP Main Event Champ is hitting a rich vein of form as well. He has turned out two six-figure scores this year, including the runner-up spot to Antonio Esfandiari in the recent World Series of Poker Circuit (WSOPC) event at the Bicycle Casino, Los Angeles. There will also be a sports book, and a Daily Fantasy Sports (DFS) offering.

There is an enormous social element to CelebrityWorld.com. The site features party rooms where you can spend time with new people, Fantasy Suites that allow you to partake in a spot of clubbing and a great shopping experience that will include clothing lines from some of the celebrities that have money invested in the site.

Keep your ears pinned back for more on the WPFH. 1800pr president, Matthew Bird says they are getting ready to ‘weaponize’ themselves and that WPFH is going to become a ‘publicity machine.’