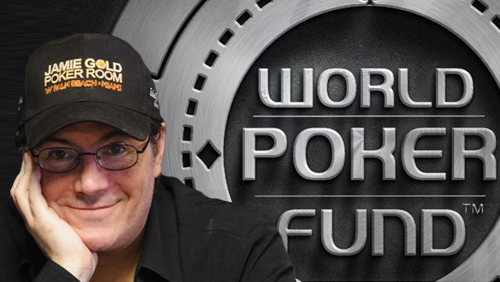 It took them a while.

World Poker Fund Holdings (WPF) has finally decided to bring a face from the poker world on board, and it’s one that viewers of the World Series of Poker (WSOP) will recognize.

In 2006, Jamie Gold went from a television producer and talent agent to one of the most recognizable faces in world poker, after winning the $10,000 WSOP Main Event.

He didn’t just win it.

He trampled all over it.

It remains, to this day, the most impressive WSOP Main Event in history. It was smack bang in the middle of the poker boom. 8,773 people entered. $82,512,162 in prize money was accrued. Jamie Gold ran over a final table that included the likes of Allen Cunningham (4th), Mike Binger (3rd), and Paul Wasicka (2nd) to walk away with $12m in prize money. Nobody has ever won more in the most prestigious event in the world.

The WPF has been in the headlines, on and off, since July 2015, when Gaming Intelligence picked up that the poker entity had enlisted the help of rap artist Soulja Boy to help promote a company that declared were ready to ‘bring poker back to the people.’

The press release states that Gold has raised over $300m for charity since his incredible 2006 win. He said he is excited to be a part of the new team, and ‘actively involved with seeking strategic partners, the development of various cash and social gaming platforms, along with showcasing our technologies and TV productions through traditional and online channels.’

Gold is the third high profile addition to the team in the past 12-months. Gambling law expert, Martin D. Owens, joined in the capacity of Chief Advisor for the WPF Interactive Gaming  Committee, and Mark Grant, the former Controller for the Navajo Nations, joined as Chief Advisor of the Indian Gaming Enterprise Committee.

In Dec, the WPF acquired intellectual property rights specialists RealDeck in a $15m deal. RealDeck allows online poker players to compete with the added caveat that they can see each other, and a live dealer takes control of the shuffle.