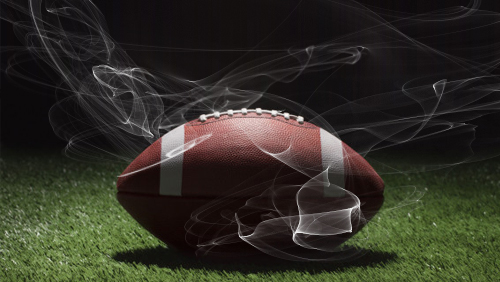 The brouhaha in daily fantasy sports may have shocked many political bigwigs, but it’s not scaring off the players. A record number of people entered the weekend tournaments for Sunday’s NFL games, according to UK-based DFS analytics provider SuperLobby.

DraftKings and FanDuel received a combined 7.1 million entries to their guaranteed prize pool tournaments, which translated to a whopping $43.6 million in entry fees.

The weekend was the first real chance for the industry to gauge the impact of the “insider trading” scandal that rocked daily fantasy sports. DFS sites offer real-money contests where users, after paying an entry fee, can choose their team and win cash prizes or lose depending on how the players perform in real-life games.

The thriving daily fantasy sports industry was rocked by a scandal last week, when reports surfaced that a DraftKings employee won $350,000 by using insider information to bet on rival FanDuel’s site, raising the possibility of an unfair advantage for employees of the sites. Employees are barred from playing on the sites they work for, but it was common for them to enter contests on other sites.

This “unfair advantage” was witnessed by regular DraftKings player Madison Calvert. In an interview with The New York Times, Calvert revealed that DraftKings director of customer experience Jon Aguiar once told him during a discussion about his baseball choices that his pick of a pitcher was a poor choice because many other players had already chosen him.

Several days later, Calvert said he was repeatedly challenged for a head-to-head play in another game by a Rick Sawyer, who he found out was a FanDuel employee. That raised the flag for the 29-year-old player, who told the news outlet that he “felt like a moron” because it was “pretty obvious that with insider information and access to top players,” he and other players will not have a chance of winning.

The odds of an average player winning is actually very slim, according to analysts. It was reported last month that only 1.3 percent of all DFS players win 91 percent of player profits. The top 11 players are the true DFS sharks who spend an average of $2 million in entry fees and realizing profits of $135,000 apiece.

Calvert is not the only one raising doubts about the connections DraftKings and FanDuel enjoy. New York Attorney General Eric Schneiderman has initiated an inquiry into the insider trading snafu, while outgoing Senate Minority Leader Harry Reid also mused about the “absolutely scandalous conduct taking place” at the DFS sites.

New Jersey Rep. Frank Pallone was the first to take interest in daily fantasy sports. In September, the lawmaker called for a probe on the legality of the industry, which he said has been making an obvious interplay between federal laws. Massachusetts Attorney General Maura Healey has also started a review on Boston-based DraftKings, calling it a new industry that the state government needs to know more about.

Online sports gambling is outlawed under the 1992 Professional and Amateur Sports Protection Act, but DFS sites operate under a carveout in the Unlawful Internet Gaming and Enforcement Act. Former Iowa Rep. Jim Leach and the other lawmakers back then had no idea that the legislation they passed will pave the way for daily fantasy sports to “morph into today’s cauldron of daily betting.”