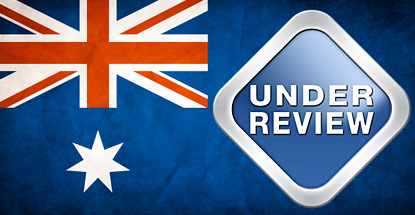 Australia plans to revamp its online betting laws but it’s anyone’s guess whether the regime will become more liberal or more draconian.

On Tuesday, The Australian reported that Prime Minister Tony Abbot had ordered Social Services Minister Scott Morrison to review the 2001 Interactive Gambling Act with an eye towards updating it to reflect the current technological landscape. Former NSW premier Barry O’Farrell’s name has been suggested as a potential leader of the review, which expects to conclude before the end of the year.

Morrison urged stakeholders and the public not to get ahead of themselves, saying the government had “no preconceived ideas” regarding the review and promised there would be “ample opportunity” for stakeholder input once the process gets underway.

Among the expected changes are tougher measures to deal with internationally licensed online operators beaming their signals into Australia. Also in the works is a national self-exclusion register, under which all Aussie online bookies would know whose action not to accept. There’s even the slim chance that Australia will finally pull the cork out and allow online casino and/or poker products.

Less clear is the fate of in-play betting, which is currently only permissible when placed over the phone. However, the recent introduction of online workarounds, like William Hill’s Click To Call app, have thrown down the technological gauntlet, putting politicians in the position of either rewriting the laws to explicitly ban such workarounds, or embracing reality and admitting that in-play betting has yet to bring about the destruction of society in jurisdictions where the practice is allowed.

CrownBet CEO Matt Tripp noted that online in-play wagering was currently accessible by Australians on “about 2500 illegal websites around the world.” Tripp urged the government to “protect the consumer by ring-fencing it here and taxing it appropriately.”

Even more controversial is the role of online betting firms’ marketing tie-ins with Aussie sports leagues and media outlets. Gambling and gaming is the fourth-fastest growing TV advertising category, rising 16% to A$165m last year, most of which was spent on AFL and NRL match broadcasts.

Independent Sen. Nick Xenophon, a tireless anti-gambling campaigner, has already announced that he’ll be writing and submitting his own proposed amendments to the IGA, including a blanket ban on gambling adverts during sporting events.