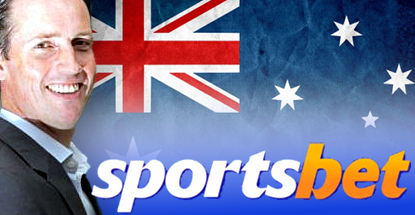 The new CEO of Irish betting operator Paddy Power plans to press Australia’s government to loosen its restrictions on in-play betting over the internet. At present, Australia allows in-play wagering only in person at land-based betting outlets or via telephone.

Andy McCue, who was announced last month as the man assuming outgoing Paddy CEO Patrick Kennedy’s role, told the Australian Financial Review Weekend that Australia’s in-play online betting ban was “something of an oddity” and had put the country’s gaming regulators at risk of falling behind their counterparts in more progressive jurisdictions.

McCue has been in Australia the past week getting to know the team at Sportsbet, Paddy’s down-under offshoot and the country’s largest online-only bookie. Sportsbet CEO Cormac Barry told the Australian that the in-play ban had accomplished little more than to drive Aussie punters into the arms of internationally licensed online betting operators, who aren’t subject to the same restrictions. Barry suggested Australia’s federal government would come under increased pressure to amend the in-play law ahead of next year’s Cricket World Cup and AFC Asian Cup, both of which Australia is hosting.

In other Paddy news, the company has inked a games content deal with Leander Games. The deal will see Paddy integrate the Buenos Aires-based Leander’s LeGa remote game server, which features games content from Blueprint, Genesis, Quickspin, Nektan and MX Digital, in addition to Leander’s own in-house content. Leander CEO Steven Matsell called the deal a “fantastic opportunity” for his company and recognition that Leander is “being taken seriously as an aggregator.” In January, Leander was chosen to fuel Full Tilt’s expansion into verticals other than poker.