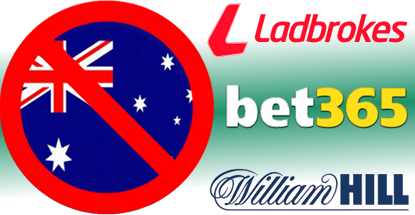 The Australian division of UK-listed bookies Ladbrokes has scrapped its controversial in-play sports betting app after the country’s communications regulator expressed doubts that the service was legal.

On Thursday, The Australian reported that the Australian Communications and Media Authority (ACMA) had written to Ladbrokes, William Hill and Bet365, informing them of its belief that the bookies’ efforts to circumvent the country’s ban on in-play online betting are illegal.

Under Australia’s Interactive Gambling Act 2001, in-play wagers can only be placed over the phone or in-person at a retail betting outlet. Over the past few months, the three bookies have each introduced betting apps that utilize smartphone voice recognition technology to place in-play wagers without making a traditional person-to-person phone call.

The ACMA recently revised its website to stipulate that the apps “do not appear to involve the service provider dealing with customers using a standard telephone service.”

The option to access the Quickcall feature has now vanished from Lads’ Australian site and attempts to access the app via smartphone produce a message saying such activity can only be handled over the phone. Both William Hill’s and Bet365’s sites currently still display their online live in-play options.

The paper also reported that free-to-air television broadcasting industry association Free TV Australia had informed the three bookies that its members would no longer air advertisements promoting the apps, at least until courts have ruled on the apps’ legal status. Last month, the ACMA referred its investigation of the apps to the Australian Federal Police.

William Hill had heavily promoted its Click To Call app during the first two State of Origin rugby league games. However, the ads didn’t run during the third match, which occurred following Free TV Australia contacting the bookies to express its concerns.

The Australian also reported that the country’s federal Communications Department had taken an interest in the brouhaha, opening up the possibility that the IGA would be amended to specifically ban the apps and other potential workarounds to the online in-play ban.