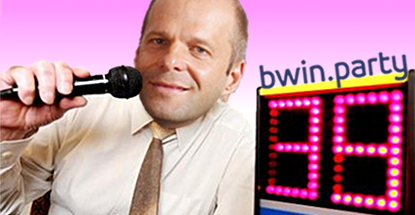 Online gambling operator Bwin.party digital entertainment eked out a small profit in H1 2015 despite revenue falling across all verticals except bingo.

Bwin.party blamed the revenue decline on the lack of a major football tourney like last year’s FIFA World Cup, lower sports margins, a significant decline in poker, plus €5.3m in new value added tax in its top market Germany and €5.1m in point-of-consumption tax in the UK.

Revenue from the ‘other’ category was up nearly two-thirds to €26.2m, but this was largely due to proceeds from Bwin divesting itself of its non-core assets. Bwin.party celebrated “strong growth” at its Kalixa payment processing division and the Intertrader spread betting operation, although the latter asset is also believed to be on the block, so enjoy it while it lasts.

Key performance indicators were almost uniformly bad, with active player days and daily average players each down 22%, new player signups down 24% and average daily net revenue down 11%. On the plus side, yield per active player day improved 15% as Bwin.party doubled down on its commitment to trim unnecessary costs. In the first eight weeks of Q3, net revenue is down 9% from the same period last year.

Searching for positives, Bwin.party says mobile revenue rose 50% in H1, while mobile’s share of overall gaming revenue hit 30% from 19% in the same period last year. The company also said its share of revenue from nationally regulated and/or taxed markets improved four points to 60% of total sales.

HOPES PINNED ON NEW MARKETS
Around 5% of Bwin.party’s H1 revenue came from its New Jersey B2B online gambling operations, and while there will be no new US states to enter in the foreseeable future, Bwin.party plans to enter two more regulated markets in H2 2015: Greece and Romania. On Friday, Bwin.party confirmed that it has agreed to pay €7.9m in back taxes in preparation for its Romanian license application.

In Greece, Bwin.party claims to have been the “number one operator by far” before its forced exit from the market in December 2012. With Greece having retooled its online regime, Bwin.party says it plans to re-enter the market via a partnership with an unidentified local licensee.

ACQUISITION UPDATE
Regarding the ongoing question of Bwin.party’s acquisition by either 888 Holdings or GVC Holdings, Bwin.party said that negotiations with GVC were continuing but there’d been “no change” to the Bwin.party board’s recommendation of 888’s offer.

Bwin.party said full documentation of the offer would be sent to shareholders “shortly” and the matter would be discussed further at Bwin.party’s extraordinary general meeting in Gibraltar on Sept. 29. Assuming 888’s bid is accepted, Bwin.party said the deal could be completed by “mid-late January 2016.”