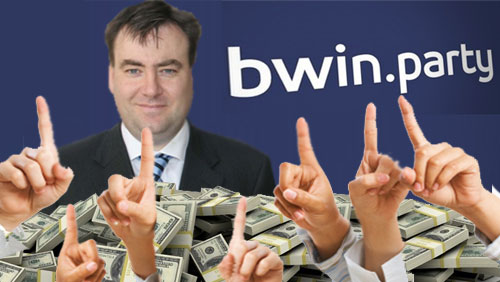 The bidding war for bwin.party digital entertainment could cool down for the next couple of weeks, as bwin asked GVC to formally submit its best offer.

Bwin.party has revealed, in a statement on Thursday, that it is satisfied with “key aspects” of GVC Holding’s latest offer.

“Bwin.party has now asked GVC to clarify, with respect to its proposal, the best terms on which GVC is prepared to make a formal offer to acquire all of the issued and to be issued shares in bwin.party,” said bwin.

Earlier this week, a source close to GVC said that it would increase its cash-and-shares offer for Bwin if UK-listed operator 888 Holdings raises its own rival bid but GVC could also just walk away if 888 does not raise its offer but still remains the favorite.

GVC, in a statement on August 24th, said that it was making progress in talks towards a formal bid for bwin.party, though it confirmed it would not raise its proposed 124 pence per share bid, despite media reports that it would up its proposal to 130 pence. GVC claimed to have resolved four “sticking points,” including confirmation that it could secure financing and achieve its promised cost savings, whether the combined group would be listed on the London Stock Exchange and whether or not GVC could obtain approval from gambling regulators in New Jersey.

GVC said these concerns had been “resolved” to the Bwin.party board’s satisfaction but that it was continuing to work on other minor issues before submitting its latest concrete acquisition offer, which it said would be on the same terms as its Aug. 7 bid.

“Whilst there can be no certainty that an offer will be made by GVC for bwin.party, 888 Holdings plc (‘888’) has been informed of this development and, if appropriate, will be given due notice in the event that bwin.party proposes to recommend an offer from GVC,” said bwin.party.

Bwin also stated that it expects to give a further update on the matter on Tuesday, September 1st, suggesting GVC may have to make a further offer by that date.