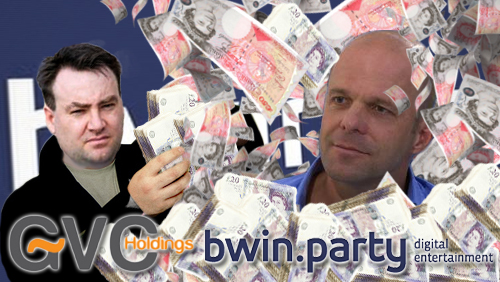 GVC Holdings Plc. raised its offer to buy Bwin.party for the second time, hoping to take bwin’s attention away from a rival bid by 888 Holdings.

GVC made a fully-funded offer to bwin’s board on Friday, which values the company at about £1.03b ($1.6b). Under GVC’s latest cash-and-stock offer, bwin.party shareholders would be entitled to receive, for each bwin.party share, 25p in cash and 0.231 new GVC ordinary shares.

“GVC is working closely with bwin.party and its advisers with a view to progressing the remaining open aspects of its Proposal to enable the bwin.party Board to make a full evaluation of the Proposal. GVC anticipates that this work should conclude within the next 5-10 business days,” said GVC in a statement.

Bwin.party was put up for sale in November and had received a number of approaches including 888 Holdings, which had confirmed a £1b bid in May.

GVC had previously partnered with Amaya Gaming on a 110p per share offer on July 9, but bwin was uncomfortable with the complexity and uncertainty of the bid, and chose the 104.09p per share from 888.

GVC refused to back down from the bwin bidding war and partnered with Cerberus Capital Management for a renewed bid of about £1b.

The latest offer, 2.4% higher from its July 27 bid, is still short of the 140p per share that bwin investor Jason Ader of SpringOwl had said would give GVC a chance to win against 888.