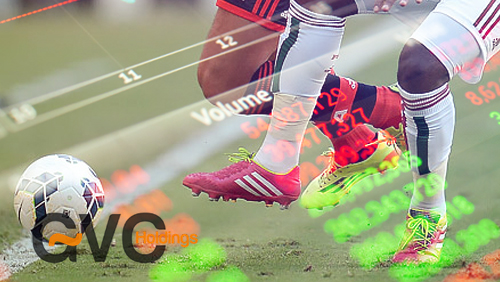 GVC announced in a regulatory filing that daily average sports wagers grew to €11.3 million (US$13.40 million) during July to September 2018 compared to €11.2 million ($13.28 million) in the previous year, which saw the final stages of the UEFA Euro 2016 tournament.

Underlying growth in the third quarter, which represents the highest rate achieved since the acquisition of Bwin.party in February 2016, was up 18 percent (21 percent in constant currency).

“The quick wins made in 2016 have been supplemented by further and continuous improvements across all areas of the business,” GVC CEO Kenneth Alexander said. “GVC operates in an industry with significant opportunities and challenges. The combination of our talented employees, proven technology and strong brands, gives me confidence that we can continue to drive shareholder value.”

GVC Holdings also posted an unexpected gross win margin of 11.2 percent within their sports brands during the third quarter compared to 10.5 percent in the previous period. Alexander attributed the growth to the success of the company’s Bwin marketing campaign in August.

Within the games brands division, net gaming revenues were up by 15 per cent, boosted by a 48 per cent increase at partypoker. Casino brands NGR also grew in Q3, whilst bingo returned to underlying growth during the period. The decline in B2B and non-core revenue reflects the disposal of Kalixa in May 2017.