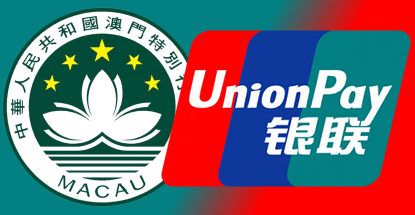 Macau authorities have broken up an illegal payment processing operation just as China launched a fresh crackdown on underground banking.

On Monday, Macau authorities arrested 17 individuals on suspicion of credit card fraud at five local stores selling jewelry and electronics. The scam allegedly utilized altered point-of-sale terminals that tricked financial outfit UnionPay into thinking the transactions were taking place in mainland China rather than in Macau.

Macau Judiciary Police said the scammers had conducted 4,549 transactions over the past 14 months that cheated UnionPay out of HKD 710k (US $91,600) in transaction fees. Police seized over HKD 13m in cash during the arrests.

BEIJING LAUNCHES FRESH CRACKDOWN ON ‘GREY FUNDS’
On Monday, China’s Ministry of Public Security announced that it was launching a three-month crackdown on “underground money shops across the border” that are awash with so-called “grey funds.” The Ministry launched a similar crackdown in April, which found evidence of 66 underground banks that collectively handled more than RMB 430b ($67b) in ‘grey’ funds.

A statement on the Ministry’s website claimed that this traffic of unauthorized funds “not only poses a serious threat to [China’s] foreign exchange management but also disturbs the order of financial and capital markets and threatens our financial safety.”

Recent turmoil in China’s financial markets prompted Beijing to devalue its currency but the carnage continued unabated on Monday, as shares plummeted by levels not seen since 2008, sparking a global selloff.

Earlier this month, the Ministry announced it had launched Operation Chain Break, which targeted international casino operators’ agent networks on the mainland. The Ministry also recently announced its intention to ‘clean the internet’ of criminal activity, including online gambling, and singled out the bust of a ring tied to Philippines-licensed online operator Dafabet.

MORE NEGATIVITY FOR JUNKET LIQUIDITY, CONSUMER SENTIMENT
Deutsche Bank analyst Karen Tang issued a note saying the new crackdown would make it even more difficult for Macau’s junket operators to maintain proper liquidity. Tang suggested that Galaxy Entertainment Group and Wynn Macau, which rely more on VIP gaming than the other four Macau casino operators, would be most affected by the crackdown.

Daiwa Securities said the extent of the new crackdown was hard to quantify, but said it expected “a direct impact on consumer sentiment and business volumes.” Daiwa noted that UnionPay transaction volumes had fallen 50% to 80% since their Q1 2014 peak, primarily due to “customers’ concerns over the reported government scrutiny of overseas transactions, especially in Macau.”