Wynn profit falls 72% as Macau turns from certainty to weakness 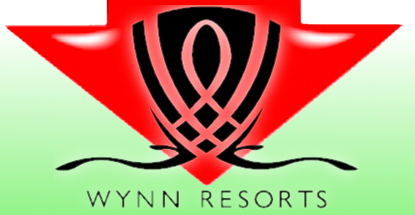 If anyone doubted the severity of Macau’s casino gaming revenue decline, a quick look at Wynn Resorts’ Q2 numbers would convince them.

Steve said 51% of Wynn Macau’s current room inventory is going to the mass market tables and slot area. The company had “found a very rich stream of customers in the mid-tier, the business class of mass, and that continues to grow for us.” The problems with the junket and premium mass segments were well documented but the situation has been “pretty stable over the last six months” and the decline in retail revenue has “softened considerably.”

The $4.1b Wynn Palace project on Macau’s Cotai strip is on target to open on or around March 25, 2016, although Steve cautioned that the company wanted to have “10 days to two weeks of practice where we let all of our employees stay in all of the rooms” and use the property as a “campus” to see what goes wrong.

Steve addressed the growing consensus that Macau’s government will likely allow casino operators to retain the smoking lounges they’d spent so much time and money constructing on their mass gaming floors just last year. Steve said “there was no reason not to” retain the rooms, and credited Secretary for Social Affairs and Culture Alexis Tam for acknowledging this reality.

Asked whether China’s recent stock market implosion would affect Macau’s casino business, Wynn Macau president Gamal Aziz said he’d seen no evidence of any direct effect. But Aziz suggested that all the margin calls in Beijing were going to affect junket operators’ ability to collect gambling debts from suddenly cash-poor VIPs. That said, Aziz said he felt the overall effect was “short-term noise” that wouldn’t have any lasting impact on Macau.

Regarding the likelihood of Japan’s legislators finally getting around to passing their long-awaited casino bill this year, Wynn president Matthew Maddox – who was in Japan two weeks ago – said there were “a lot of very complicated legislative issues in Japan and that the Integrated Resort Bill is not at the top of the list.” There were other issues that “are much more important” to the ruling Liberal Democratic Party, so Maddox said he was still in “wait-and-see mode” regarding the bill’s chances.

STILL LOOKING FOR THE WELCOME MAT IN MASSACHUSETTS
On the stateside front, Steve said Wynn’s Vegas operations were “comfortable,” in that it was displaying “not aggressive growth by any means, but we are enjoying non-casino revenue that is acceptable.” Steve said Wynn was paying the price for being “the operator of choice” for Chinese baccarat whales, and that the current dearth of said whales meant Wynn was experiencing “more of a penalty” than its competitors.

But Steve said business from Latin America was holding steady, which he suggested at least partially explained why Wynn had “clearly the most powerful performance in this quarter of any operator in America.”

As for Wynn’s troubled in-development property in Massachusetts, which has had to deal with more than its fair share of lawsuits, Steve said he was hopeful that “at some point in the near future we’ll be treated with a little softer hand considering that we’re the largest single private investment in the history of the state.”

Steve acknowledged that Wynn had endured a “little bit of buffeting politically” at the hands of the city of Boston but noted that 85% of the population of Everett – Wynn’s chosen casino site – “was delighted to see us and voted to say so.” Steve said Wynn “haven’t found the welcome mat yet, but I’m the eternal optimist, and I’m hoping it’ll feel good when they stop hitting us.”