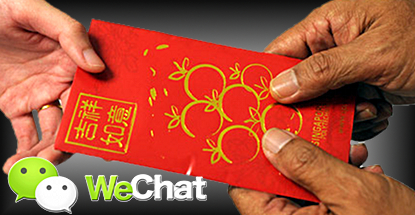 China has arrested over 15k individuals as part of its new program to ‘clean the internet’ of criminal activity.

On Tuesday, Chinese police announced the detentions, which they said were the result of crimes that “jeopardized internet security.” Police declined to specify over what time period these individuals had been clapped in irons but a statement on the Ministry of Public Security’s website suggested the bulk of the arrests were made in recent months.

The timing of Tuesday’s announcement appears at least partly intended to stifle online criticism of the government’s response to last week’s chemical warehouse explosion in Tianjin. China’s ‘great firewall’ is renowned for its army of online sentries keeping watch over things upon which the government frowns, particularly information spread via China’s popular social networks.

In July, China announced the commencement of a six-month campaign it dubbed “cleaning the internet.” Earlier this month, authorities revealed details of an online gambling bust involving multiple online sites, including some related to the Dafabet Group. The announcement coincided with the arrival in China of former Dafabet employee Wang Bo, who’d fled to the Philippines earlier this year to avoid being caught by China’s tightening grip.

CHINA BUSTS ‘HONGBAO’ GAMBLING RING ON WECHAT
Just like President Xi Jinping’s vow to crack down on corruption by both ‘tigers’ and ‘flies,’ the state’s war on online gambling encompasses operators both large and small. The latter was on display this month in Zhejiang province, where police got a tip about a ring of ‘Hongbao’ gamblers on the Wechat social network.

But Wechat also introduced a second, randomized Hongbao option that allowed users to specify the total amount they wanted to send to a specific group of recipients, while allowing the app to randomly determine who in the group got how much of the total.

Police said some enterprising Wechat users soon set up a separate chat group that eventually attracted several hundred members, each of whom paid RMB 100 (US $16) as an upfront guarantee. Whichever member received the lowest amount in the first randomized Hongbao round was required to issue the next envelope, which had to contain at least RMB 200. Organizers took a 5% rake on the contents of the envelopes.

Local police told the CRI news service that disgruntled players eventually ratted out the group, leading to eight arrests. Police said the Hongbao gambling sometimes “lasted round the clock” and over RMB 10m ($1.56m) changed hands before the whip came down.