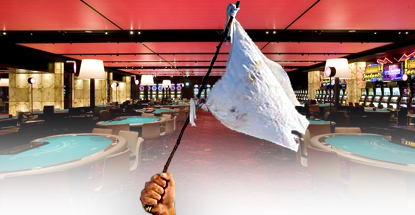 Table drop was down at all five Paradise properties, with the flagship Walker-Hill property in Seoul – currently the country’s largest gaming venue – falling 27% to KRW 590b. Paradise’s two properties on Jeju island – Jeju Grand and Jejue Lotte – were down 19% and 30% respectively. Paradise Casino Busan took the hardest hit, falling nearly 36% while the existing Incheon property fared best, slipping a mere 2%.

Paradise’s woes stem from several factors, including an outbreak of Middle East Respiratory Syndrome (MERS) in Korea that has finally begun showing signs of containment. The Chinese government hasn’t helped matters, warning other Asia-Pacific countries to stop luring its citizens abroad for the purpose of gambling, going as far as to single out Jeju casinos as serial offenders and arresting Koreans acting as travel agents for Korean casinos.

According to the South Korean Casino Association, Paradise’s share of the country’s overall foreigners-only casino market fell nearly 10 points in Q2 to 47.4%, while rival Grand Korea Leisure’s share rose 2.6 points to 37.2% and the country’s also-rans improved nearly five points to 15.6%.