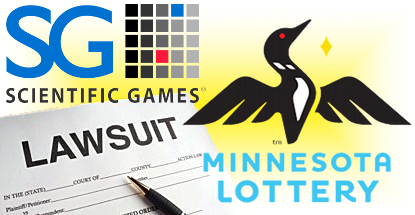 The Minnesota Lottery has set an Aug. 31 deadline for ending f its online sales but questions remain as to how to compensate the technology vendors for early cancellation of their contracts.

In May, state legislators voted to kill off the Lottery’s online scratch tickets along with a program to sell lottery tickets at automatic teller machines and gas station pumps. On Wednesday, Lottery director Ed Van Petten told Minnesota Public Radio that the ATM/pump sales would end Aug. 29 and the online sales two days later.

The Lottery had been given until the end of September to wrap up its doomed operations but Van Petten apparently decided there was no point in dragging out the matter. Online players discovered this week that they could no longer top up their online accounts.

The Lottery originally launched an online subscription service selling traditional draw tickets in 2010. In February 2014, the site expanded into online instant-win scratch tickets, becoming the first US state lottery to offer this product, which critics have likened to online slot machines.

State politicians expressed outrage that they hadn’t been asked to officially authorize the Lottery’s online expansion and set about to remind Van Petten who was boss. Gov. Mark Dayton vetoed the resulting anti-online bill after last year’s legislative session had wrapped, which bought the online sales another year of life. But legislators wouldn’t’ fall for that trick a second time and Dayton reluctantly let their second attempt become law this spring.

Van Petten had always argued that the online scratchers were intended more as a marketing tool than a revenue generator and the most recent annual sales figures support his reasoning. Total ticket sales topped $547m in fiscal 2015, up $24m from the previous year, and just $930k of the increase came from online scratchers.

LAWSUITS AWAIT
Van Petten confirmed that the Lottery was holding talks with the doomed programs’ two primary vendors, Scientific Games and Linq3, as to how best to wind things down. The thorny matter of compensation for the early cancellation of these companies’ contracts looms large in these talks. Lottery officials had previously estimated that the cancellations could cost the state a minimum of $12m.

Van Petten said the parties were “negotiating in good faith to try to get this matter resolved as equitably as possible” but insisted that the Lottery wasn’t about to “voluntarily write a check for a large amount of money.” Van Petten didn’t rule out the possibility that the issue could end up in court.

The politicians who pushed for the the online scratchers’ demise have been unrepentant over the fact that their fit of pique could end up costing the state millions. State Sen. Lyle Koenen even warned that the two vendors should be “a little careful about getting too strong handed here” if they wanted to win any future state contracts.

While the anti-online legislation targeted only the scratch tickets, the cancellation of the Sci-Games contract means online sales of draw tickets in the state will also cease. Van Petten said the Lottery was exploring other options to market its wares, including offering free-play games, and he didn’t rule out asking legislators for explicit authorization to relaunch the online sales at some point, although he cautioned that he was unlikely to do so in the near future.