Home / Business / Subscribing to the View of Online Lotteries 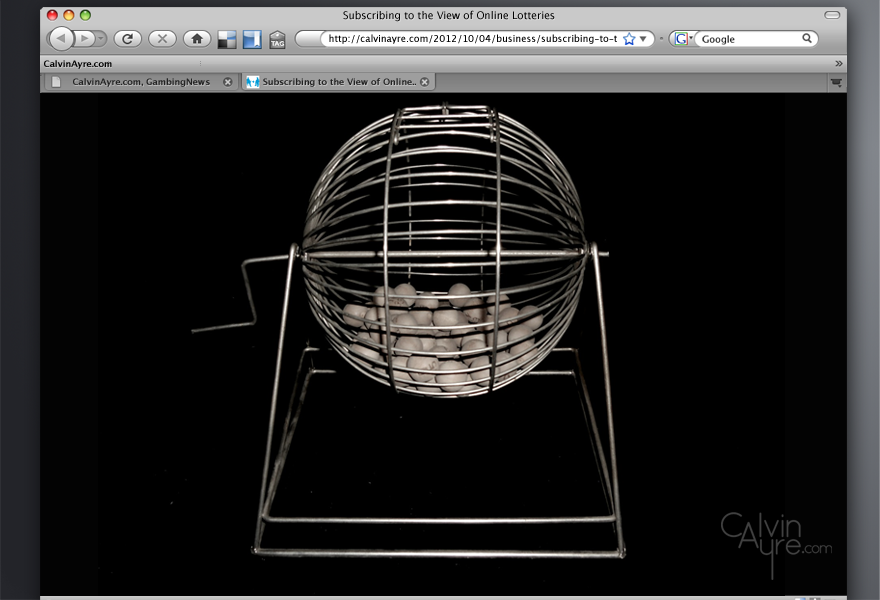 Selling lottery tickets online in the US is a move that appears pretty obvious. It can be viewed as a form of middle ground between the lack of iGaming currently in America and the regulated marketplace that we all want to see. 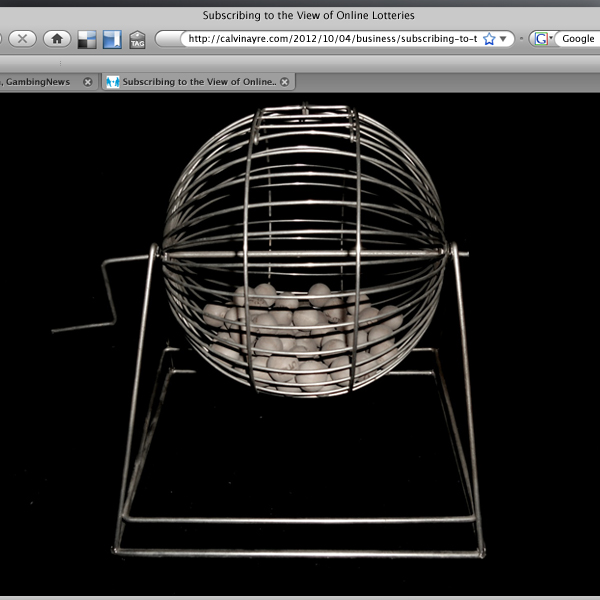 The reasons for this are simple. Firstly, the staunch opposition of iGaming are much more agreeable when it comes to the lottery. Its fixed draw dates, strict age controls and the fact that profits go to state funds endear it to the more sceptical anti-gambling campaigners.

As such it’s been embraced by politicians and those in the lottery industry as a way of gradually introducing online gambling and generating considerable extra revenues. While most states are still in their formative stages of online operations, they are making progress.

The Illinois Lottery has attracted the greatest amount of publicity within the industry thanks to its launch of same day sales tickets in March of this year. This happened to coincide with the largest lottery jackpot ever which was both a blessing and a curse at the same time.

While a $640 million jackpot was just about the best marketing campaign ever known, it meant that an unexpectedly large amount of traffic came flooding to the site. This highlighted a number of errors and put many off the service. More recently, figures showed that the service was performing well below expectations.

But while Illinois has been rushing to patch up the leaks in their service, some states have been running online lottery sales under the radar quite comfortably. One of these states is Minnesota where an online subscription service has been in place since 22 November 2010.

Having launched without as much as a press release, the Minnesota Lottery’s online subscription service has gone quietly about its business. In the 23 months since its launch, the service has attracted 15,593 subscribers who have purchased $1,574,559 in subscriptions.

Jenny Canfield, director of operations for the Minnesota Lottery, explains that keeping a low profile certainly wasn’t a planned move.

She says: “It was not our intent to give the appearance that we launched this discretely. The Lottery informed staff in Governor Pawlenty’s office and key legislators before the start of subscriptions. A letter was sent to each of the approximately 3,000 retailers about the service and the link to the subscription site has been on the Lottery’s website since November 2010.

“Limited media dollars have been spent because subscriptions currently appeal to such a small segment of players. And what has been done has only been on the Internet.”

Like most US lotteries, Canfield reveals that the Minnesota organisation view their online efforts as more of an additional revenue stream. To those in the iGaming industry it may seem odd that lotteries aren’t pinning more of their hopes on their online business but perhaps that just highlights just how different gaming and the lottery is.

Canfield explains: “We do see this service as providing incremental sales which helps us meet our goal of raising more revenue for the state of Minnesota and its beneficiaries.”

The figures certainly back up Canfield’s view – the $1,574,559 that she mentions looks paltry compared to overall sales of $520 million. As a result, it’s understandable that the current expectations of the product aren’t huge.

However, the potential of it is huge, something which the Minnesota Lottery clearly recognised and felt that it warranted a fair share of their attention. Alongside their commercial partner, Scientific Games, the MN Lottery spent around two years on the planning and development of their online subscription model. Time was spent reviewing the State and Federal laws, system development and requirements as well as the ethical considerations and safe gambling aspects.

Of course, as with all US internet gaming products, there’s considerable legal issues to work around. Canfield explains how the Minnesota Lottery went about dealing with the issues most relevant to them.

She says: “A legal analysis was done in-house that determined subscriptions are not a new form of gambling rather just another way to buy lottery tickets.

“The lottery did inform staff in the Governor’s office, as well as key legislators, about the subscription service before it was offered in November 2010. There were no objections.”

With regards to the safety of gamblers the Minnesota team had to deal with all of the issues that most iGaming operators would expect to face. These are namely self-exclusion, betting limits and a cooling off period for players who have requested to increase their limit.

Once the system was built, there was the small matter of launching it. Where Illinois came unstuck is that they lacked the intuitive interface that is required for online lottery products. Fortunately, Canfield reports that the Minnesota Lottery has had no such problems.

She says: “The Lottery has assisted some players but to a very limited degree. Many of our players are familiar and comfortable using the internet to purchase products.

“In fact, we have some players that have made some very beneficial recommendations to enhance the site and use of it– some of which we are incorporating into upcoming system enhancements.”

Canfield is keen to emphasise that the subscriptions being offered online are not a new form of gambling, ‘just another way for players to buy their tickets’. As such, the type of players that they have had online appears to be quite similar to those that buy their tickets in retail stores.

The main difference lies in the circumstances that these people find themselves in. Canfield explains: “The major audience for subscription services are customers who do not typically purchase at Minnesota retailers, such as those who spend considerable time out of the state or make most of their non-lottery purchases on the internet.”

Providing ticket sales on the internet is certainly something that all US lotteries are going to have to do in the future in order to turn reasonable profits. Online subscriptions could perhaps be viewed as a stepping stone towards the same day ticket sales service that Illinois currently offer.

Having tasted success in their first online venture, Canfield reveals that same day sales are certainly on the horizon for the Minnesota Lottery.

“The Lottery is continuously working on enhancing our products as well as distribution methods. We do believe offering same day sales would be a beneficial enhancement and one that our players have asked us to consider in upcoming enhancements.

“So yes, it [same day tickets sales] is something we are working towards with this service. It’s an added convenience.”