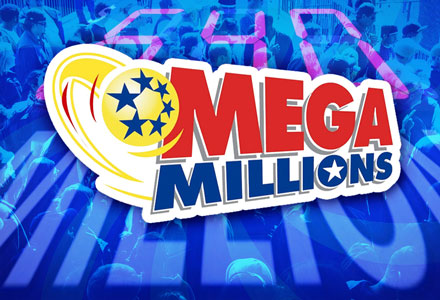 Some as simple as the fact that people still go mad for a large jackpot, regardless of the odds of winning. Others are slightly more serious such as the dire need for online gambling in at least some form in the US.

In a country where wireless internet, tablets and top technology rules, there was something very outdated about the pictures showing hundreds of thousands of Americans queuing at different retailers just to get a lottery ticket. This, more than ever, highlighted how online gambling isn’t evil, it’s simply just part of modern 21st century life.

While that may sound a bit cheesy, the point is that a country which prides itself on being at the forefront of pretty much everything has fallen far behind other countries who have embraced online gambling.

Following the DoJ statement on the Wire Act in late December, states have even been free to get some form of legislation in place in order to reap the financial benefits of online gambling. However most of them have adopted a wait and see approach. Be this because they are worried about public reaction to online gambling laws or that they don’t understand how much money there is to be made, it appears as if they’re wasting the opportunity that had eluded them for so long.

Many land based casinos have already begun to make deals with online operators despite the lack of legislation. The reason for this is that they understand how much money can be earned through online gambling and when the opportunity arises they will not want to wait and see as other operators bring in the profits.

On this subject Global Betting and Gaming Consultants research director Lorien Pilling explained: “You can bet your last dollar that if the Vegas casino companies get a chance to run online gambling in the US, they will not ‘wait and see’. They will take every opportunity awarded to them by the legislation.”

Since the relaxed stance on online gambling was announced by the DoJ few states have made moves to create legal online spaces. One that has is Illinois whose residents were saved from the chore of queuing in the street for their Mega Millions ticket.

The Illinois lottery is run by the Northstar Lottery Group – a joint venture between GTECH and Scientific Games. They went live with online lottery ticket sales in just under two weeks ago and could not have asked for a better launch than the largest lottery jackpot in history. Conveniently the only tickets currently being sold on the Illinois Lottery site are for Illinois Lotto and, you guessed it, Mega Millions leading to sales of more than $425,000 last week.

When considering this figure, take into account the fact that the Illinois Lottery is not known as one of the biggest state lotteries – that tag is given to the New York, New Jersey and California lotteries. Also, awareness of the online service is still very low due to the fact that the service had only gone live the week before and is still considered by operators Northstar Lottery to be a ‘pilot program’.

For those outside of Illinois, particularly people all around the world their chance to play Mega Millions online remained non-existent. This means that essentially the US government is actively stopping many hundreds of thousands of people from outside of the country from putting their money into the US. In a time where public funds are being raised at every opportunity this appears to be very out of character but obviously caused by a clash of principles.

For the time being it means that sites which do sell US lottery tickets online are continuing to reap the considerable benefits. They are able to do so by having agents placed in the US who head to retailers on demand once a ticket has been ordered. This avoids any illegalities and as long as a high level of trust between the buyers and the ticket seller is maintained then this relationship will continue to prove profitable for the sellers involved.

Based on the $425,000 earned by Illinois, some cautious workings out suggest that the states could have brought in another $11.3 million in ticket sales last week. This figure is based Illinois lottery ticket sales from 2010 compared to that of other states. With this in mind it’s worth remembering the earlier issue of a lack of awareness which would suggest that this figure would be considerably larger.

The electronic nature of the sales would also have meant that, provided online retails had large enough servers, there would not have been the same issue of running out of tickets as was the case last week.

Should US states eventually get in on the action that they continue to miss out on then their main stumbling block will still be the fact that they cannot allow money to cross state borders. The answer to this dilemma is geolocation technology.

Of course recognising the IP of a user can go some way to stopping users from outside state lines but the use of proxy sites could render this ineffective. Plus it’s unlikely that a mere check of a user’s IP will be considered due diligence in the eyes of those morally opposed to online gambling and more importantly the DoJ.

The answer therefore is geolocation. Law firm Latham and Watkins expressed the importance of geolocation in a February publication and explained that in order to meet with proposed online gambling regulations in Nevada. With Nevada’s regulation being seen as particularly important for obvious reasons, it would appear that without the best in geolocation technology operators aren’t going to be able to gain US iGaming licences.

This will be just one of the many potential problems which may arise during the slow regulation processes that we are in store for. But for those in place to reap the benefits, last week’s Mega Millions highlights just how considerable these benefits may be.