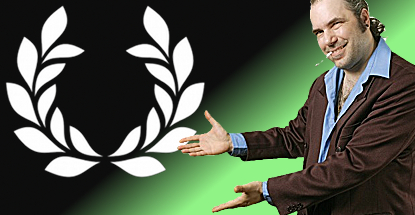 Over the weekend, CEC announced it had revised the deal it struck earlier this year with first-lien creditors of its bankrupt main unit Caesars Entertainment Operating Co (CEOC). On Monday, CEC revealed details of the new deal via a filing with the Securities Exchange Commission.

At its core, the deal remains the same: CEC plans to split CEOC into two parts: one company to run CEOC’s casino operations and a real estate investment trust (REIT) to own the land on which those casinos stand. Under the revised agreement, first-lien creditors would control the REIT’s board of directors.

The operating company running the CEOC casinos would pay the REIT an annual rent of $475m plus a further $165m per year for the land underneath CEOC’s marquee property in Las Vegas, Caesars Palace. The two leases would be for 15 years with additional five-year renewal options and contain escalator clauses that boost the agreed payments after an initial seven-year term.

CEC says the deal shows the faith that first-lien creditors have in its restructuring plan, and builds on the deal CEC struck with some of its junior creditors last month. Basically, CEC is trying to convince Illinois US Bankruptcy Judge Benjamin Goldgar that “a significant constituency” of CEOC’s creditors is now happily singing Kumbaya and that this miracle was achieved “consensually and expeditiously.”

But none of that will matter if lawsuits filed by other creditors in New York and Delaware are successful. On July 22, Goldgar rejected CEC’s request to put these lawsuits on hold while CEOC’s bankruptcy drags on. At least one of the judges handling these lawsuits has hinted that creditors have a point when they say CEC acted illegally by playing asset whack-a-mole and reneging on debt commitments prior to CEOC filing for Chapter 11 in January.

Should the New York or Delaware cases be decided against CEC, the parent company would be dragged into the bankruptcy proceeding, putting all CEC’s assets – including its successful digital division – at risk of being divvied up among creditors like hyenas on a slow-footed gazelle.

Last week, CEC attempted to reverse Goldgar’s ruling by sidestepping the normal appeal route through district court and pursuing a direct appeal with the federal circuit court. But Goldgar rejected this shortcut, saying he was “not convinced a direct appeal will expedite anything here.”

CEC is believed to be working furiously to convince the district court in Chicago to expedite a decision on Goldgar’s ruling before Friday, Aug. 7, when the New York lawsuit is set to hold its final day of briefing. CEC will report its Q2 earnings on Tuesday.