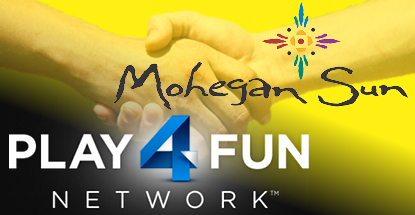 Bobby Soper, president of the Mohegan Tribal Gaming Authority (MTGA), which operates the Mohegan Sun casino in Uncas, Connecticut, called the deal “an amazing extension of Mohegan Sun’s entertainment offering to our players.” Sci-Games VP of Commercial, Interactive Bob Hays claimed to be right chuffed to ink a deal with “one of the most respected brands in the casino industry,” aka Mohegan Sun.

The MTGA also operates the Mohegan Sun Pocono casino in Pennsylvania, but that venue won’t get to launch Play4Fun if a new piece of legislation is approved. State Rep. Eddie Day Pashinski’s one-page HB 1456, which was referred to the House Gaming Oversight committee on Monday, is aimed at “prohibiting certain financial interests in simulated interactive games” by the state’s licensed casino operators.

In announcing his bill, Pashinski claimed that online free-play casino games were “being marketed to our youth by casinos” hell bent on “grooming them for gambling habits.” Pashinski cited an unidentified “academic study” that claimed one in 12 teenagers had played social games on Facebook and one in 16 had played such games on their smartphones. The same study claimed that kids who played social casino games were “over three times more likely to report gambling for real money.”

We can’t say specifically where Pashinski’s getting his info, but a recent study of Australian youth conducted by a University of Sydney researcher determined that such claims were “out of touch with commercial and consumer reality.” The study concluded that there was “no meaningful relationship between [social casino games] and any form of commercial gambling, including free play on commercial gambling sites.” In other words, HB 1456 is a solution in search of a problem. U-S-A! U-S-A!