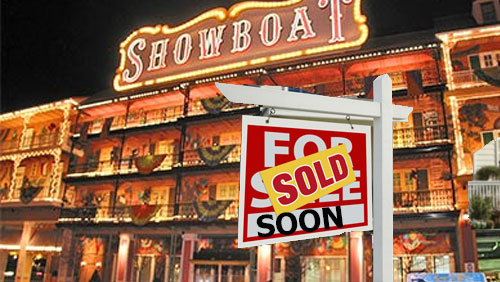 According to the proposal, any covenants or deed restrictions on property held by public entities in the city’s tourism district would violate the public interest, making them void and unenforceable, although it was not clear whether the legislation could accomplish that goal or if a judge would have to approve the plan.

Caesars Entertainment shut the still-profitable Showboat in August to reduce competition in the struggling Atlantic City casino market. In December, it sold the property for $18m to Stockton University, which planned to use it as a long-sought satellite city campus.

However, a 1988 land covenant involving Caesars mandates that the property can only be used as a first class casino and hotel, directly conflicting with the deed restriction placed by Caesars when Stockton bought the property that says the property can be used for anything but a casino.

The university did not get the covenant resolved before buying the Showboat while Taj Mahal owner Trump Entertainment Resorts refused to waive it, fearing that they would be the subject of lawsuits and fines due to underage college students sneaking in to gamble and drink.

The competing covenants essentially make the property unsellable; meanwhile Stockton is saddled with a hefty $400,000 a month maintaining the Showboat site. If approved, the proposed legislation would nullify the property’s legal status and clear the conflicting restrictions, freeing Stockton to sell it.

While the property’s current dilemma is less than enticing, Florida developer Glenn Straub, who recently purchased the Revel casino, agreed to buy the Showboat property from Stockton, with a three-month escape clause so the university could try to solve the legal issues.

The deal would have been finalized this month. However, a day before the $26m deal was due to go through, Straub sued Stockton, saying the school had not done its part to resolve the legal status of the casino site.

Stockton’s goal is still to sell the Showboat, and a judge ruled last week that the school can try to find another buyer after the deal with Straub wasn’t completed.

Whelan said the legislation will be considered Thursday by the Senate’s State Government, Wagering, Tourism and Historic Preservation Committee, which he chairs, then will be introduced in the Assembly the next time that body gathers before the November election.