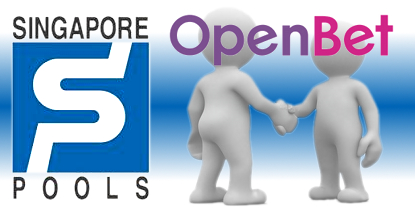 Earlier this week, Singapore Pools revealed that it was talking with OpenBet about replacing its existing 10-year-old site, which offers wagering on football and motor racing in addition to lottery games. On Thursday, OpenBet confirmed that it had struck a seven-year deal to provide Singapore Pools with sports betting products and services.

Singapore’s new Remote Gambling Act (RGA) took effect on Feb. 2, outlawing most forms of online gambling and blocking hundreds of unauthorized websites. But local operators who devote a significant portion of their revenue to social causes were allowed to apply for exemptions to the RGA, and both Singapore Pools and the Singapore Turf Club indicated this week that they were seeking such exemptions.

Financial terms of the deal weren’t disclosed, but earlier reports had pegged the value at around $10m. It’s also unclear exactly when the new OpenBet-powered site would launch, although the Ministry of Home Affairs had said Singapore Pool’s application for exemption would take up to a year to evaluate.

OpenBet CEO Jeremy Thompson-Hill called the deal “a landmark win” for his company and confirmed OpenBet’s position as “a global leader in major regulated gaming markets.”

EX-STAFFER GETS FOUR YEARS FOR MANIPULATING ODDS
Whoever OpenBet ends up liaising with in Singapore, they better not try any monkey business. Last week, a former Singapore Pools staffer was sentenced to four years in prison for conspiring with a co-worker in an odds-manipulation scheme that defrauded the company out of $200k.

Ricky Widjaja and Thomas Tong Heng Huat worked in Singapore Pools’ trading room, where they concocted a scheme by which one of the duo placed a bet while the other adjusted the odds to ensure a winning result. Investigators ultimately concluded that the pair had worked their magic on 52 football matches between August 2011 and January 2012.

Last September, Huat pled guilty to 16 of the 52 charges, for which he received a sentence of five years and four months. Last week, Widjaja admitted to 13 of the 52 counts and his attorney pleaded for leniency, noting that Widjaja had not only made full restitution for his own share of the ill-gotten gains but also covered Huat’s share. But District Judge Toh Yung Cheong apparently wasn’t in a forgiving mood.