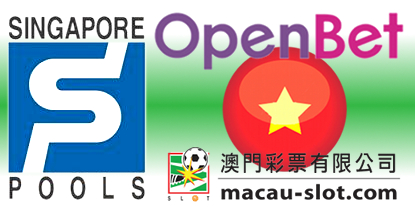 Online sports betting could become a legal reality for Singapore residents by next summer.

Singapore residents were left without a proper online betting outlet after the city-state’s harsh new Remote Gambling Act (RGA) took effect this February. While the RGA resulted in hundreds of online sports betting sites being blocked, local online operators who devote significant portions of their revenue to charitable and social causes were given a six-month window in which to apply for exemptions to the online ban.

Singapore Pools has been mulling the idea of a wholesale revamp of its online betting site for some time but the company has now confirmed that it has tapped UK betting technology specialists OpenBet to take charge of its new website at an estimated cost of $10m. An OpenBet team will reportedly arrive in Singapore next week to conduct workshops on how the site will work.

Singapore’s Ministry of Home Affairs said the two exemption requests would take nine to 12 months to evaluate. Ensuring “robust social safeguards” are in place will represent a significant portion of the evaluation process. Singapore Pools is reportedly aiming to launch its new site in time for next summer’s Euro 2016 football tournament.

VIETNAM DRAGS ITS HEELS ON BETTING LEGALIZATION
Vietnam has been talking about launching a legal sports betting market for five years now, and while occasional advances are made in the national legislature, the overall impression is not unlike some US states trying to legalize online gambling. One step forward, two steps back, repeat once a year until nauseous.

This weekend, Thanh Nien News reported that Prime Minister Nguyen Tan Dung had instructed the Ministry of Finance (MoF) to finalize the draft decree that would allow local residents to bet on sports without fear of arrest. But MoF official Nguyen Hoang Duong said the process could only proceed “cautiously and gradually” if the sports betting bill was to stand a chance of passage.

Among the sticking points are the maximum sums punters will be allowed to wager on a daily basis. The draft decree’s current daily maximum of VND 1m (US $46) has been criticized as much too low by many, including economist Ngo Tri Long, who argued that such a low limit would only encourage punters to seek out less restrictive options from unauthorized operators.

Long insisted that only sensible betting limits would allow the government to realize its twin objectives of raising tax revenue and putting a damper on unauthorized betting activity. Long insisted the country was “totally capable of managing the activity, as long as the regulations are clear,” but warned that “postpones [sic] and hesitation cannot go on.”

MACAU EXTENDS MACAUSLOT CONCESSION
Over in Macau, the authorities recently authorized an extension of their local sports betting monopoly. The Sociedade de Lotarias e Apostas Mútuas de Macau Lda, which operates under the Macau Slot brand, had its concession on all sports betting that doesn’t involve greyhounds or horses extended by one year. Macau Slot’s concession will come up for renewal again in June 2016.