Home / Business / Playtech to raise £250million for Plus500 acquisition 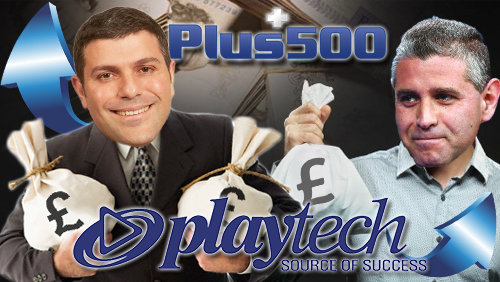 Online gambling software outfit Playtech Plc placed 29,050,000 ordinary shares, or a 9.9% stake in the company, to raise £250 million and fund the acquisition of online trading services provider Plus500 Ltd.

The shares were placed at 780p, raising gross proceeds of approximately £227 million (before expenses).

Earlier this month, Playtech said that it would purchase the FX broker for the amount of £460 million.

Playtech founder Teddy Sagi, who is holding a 33.6% stake in Playtech via Brickington Holdings Company, will take up 33.6% of the placing to maintain his present shareholding. Sagi also said that he is ready to aid the Plus500 purchase by contributing as much as $100 million of personal funds.

Playtech CEO Mor Weizer said that his company has an “enviable M&A track record” due to its pro-activity and financial flexibility.

“Today’s equity fundraising, in conjunction with new debt facilities, which we are in the process of securing, will improve the efficiency of Playtech’s capital structure whilst maintaining the financial flexibility to pursue acquisitions,” Weizer said in a statement.

Apart from the share placement announcement, the gaming software developer also informed the media that it has bought more shares in Plus500 to increase its stake in the latter entity to 9.36%. Playtech had paid 400p per share, the same price it is offering for acquiring the entire company.

Founders and members of Plus500’s board, who represent a total of 35.65% of the broker’s issued ordinary share capital, have approved Playtech’s takeover. Such an approval from a majority of shareholders is needed so as for the acquisition deal to be completed.

However, Odey Asset Management founder Crispin Odey did not seem too keen on Plus500 potentially being acquired by Playtech, as he called Playtech’s offer an “opportunistic” one, as it aimed at exploiting the broker’s UK trading difficulties.

The potential purchase of Plus500 is not Playtech’s first foray into online trading. In April, the company acquired online FX broker TradeFX for the amount of €208 million.