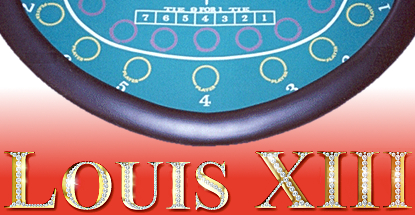 Doubts are being raised as to whether the Louis XIII luxury hotel-casino project currently being built in Macau will be allocated any gaming tables.

Last week, Macau Legislative Assembly member Au Kam San made an inquiry into whether the government had plans to approve casino operations in Coloane, the 7.6-square-kilometer district adjacent to Cotai. Au Kam San specifically mentioned the long-stalled Golden Cotai No. 1 project backed by Hong Kong businessman Cecil Chao Sze-tsung as well as the infinitely more current Louis XIII project, which is believed to be targeting a mid-2016 opening.

In response, Macau’s Secretary for Economy and Finance Lionel Leong Vai Tac issued a statement saying there were no apparent legal restrictions against operating casinos in Coloane but that the government would “heed the people’s views” on adding gaming to Macau’s “only casino-free island.”

Speaking later to reporters, Leong clarified that the government had yet to receive any requests to open casinos in Coloane. Without mentioning either of the proposed Coloane projects by name, Leong noted that only Macau’s licensed casino concessionaires have the authority to make requests to open new casinos.

For one thing, there’s the small matter of increased competition for increasingly scarce new tables. The Louis XIII project was conceived over two years ago, long before Macau’s casino revenue went into the toilet and back when Macau’s gov’t was still playing coy about how tightly it would adhere to its stated 3% compounded annual growth cap in the city-state’s total number of gaming tables.

The latter factor was made clear last month, when Galaxy Entertainment Group’s Phase 2 expansion of Galaxy Macau received only 150 new tables, far less than the 500 it had been seeking. Melco Crown Entertainment, which opens its new Studio City resort on Cotai later this year, has warned of dire fiscal consequences if it receives less than the 400 new tables it has requested.

Last week, Leong said the few new tables up for grabs would be allocated in part based on a determination of how each project “would help transform Macau into a world center for leisure and tourism.” That could spell trouble for the $1.1b Louis XIII, which has unapologetically positioned itself as a haven for the 1% of the world’s 1%, with its top suite costing $130k per night and no single item of jewelry in its luxury retail stores set to cost less than $1m.