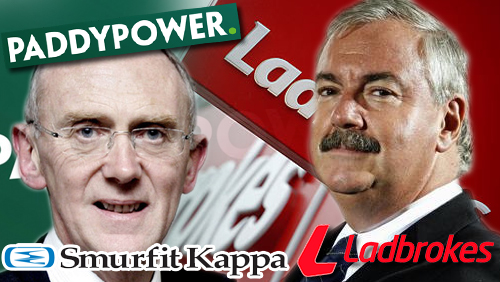 chairman Peter Erskine has announced that he is to step down from his position this year, with the search for his replacement now underway.

Senior non-executive director John Kelly will lead the search Erskine’s successor while he works with the board to ensure a smooth transition once a new candidate is identified.

Erskine has served as chairman and non-executive director of Ladbrokes since 2009. Prior to working with Ladbrokes, he was the chairman and chief executive of telecommunications firm O2.

He also held senior positions with BT, UNITEL and Mars, and currently serves as a director of Telefónica.

“Since becoming Chairman six years ago, Ladbrokes has undertaken the necessary and difficult journey to modernize much of our business operations to enable us to compete more effectively in a rapidly changing digital market and a challenging retail and political environment,” Erskine said of his tenure. “In that time real progress has been made. In recent months I, and the Board, have overseen the transition from Richard Glynn to a new CEO, Jim Mullen. I feel that now, with stronger foundations in place and with our new CEO looking to build on the changes made, it is the right time for there to be a change in Chairman to one who will be able to see out the entirety of the next stage of the journey.”

“It has been a real honor to be the chairman of Ladbrokes for these past six years. The search for my successor will begin now and I will step down when my successor is in place,” Erskine added. “Until that time, my focus will be on helping Jim formulate and then implement his plans for the business.”

Meanwhile, Gary McGann, who announced his retirement as chief executive of the packaging group Smurfit Kappa, will apply to become the next chairman of Paddy Power.

Nigel Northridge, Paddy Power’s current chairman, has not given any public indication he is planning to step down but McGann has reportedly inquired with regards to taking over as chairman once the position is available.

McGann joined as a non-executive of Paddy Power and a member of the company’s Audit Committee in November.

“There are a number of things I would still like to do in the business sphere. I don’t want to be a hurler on the ditch. I don’t want to be simply dispensing wisdom to people, nor be in the full cut and thrust of executive life. But perhaps somewhere in the middle,” McGann said.