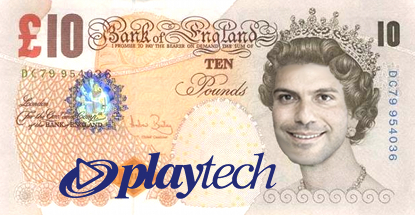 Playtech says the proportion of its overall revenue derived from regulated markets rose to 40% from 34% in Q1 2014. Playtech believes the recent acquisition of the TradeFX financial betting business, which operates under the Markets.com brand, will push that regulated revenue slice to 50%. Playtech believes it can convince most of its current licensees to add TradeFX’s binary options and contract for difference markets.

Playtech claimed to have increased the majority of its regulated market contribution to total European revenue but the trading update issued on Monday didn’t break out regional revenue. The most significant performer in Playtech’s 2014 revenue was its Philippine-licensed operations, which serve many Asian grey- and black-market jurisdictions.

Playtech said the imposition of the UK’s new 15% online point-of-consumption tax (POCT) “negatively impacted” Q1’s numbers but declined to offer specifics. Average daily revenue in the first 25 days of Q2 was up 25% year-on-year and the company expressed confidence in its ability to deliver “strong growth in 2015 and beyond.” Despite the optimism, Playtech shares fell 7.5p on Monday to 832.5p.

Weizer said Playtech wasn’t done on the acquisition front, with another financial betting bolt-on as well as a sports betting purchase under consideration. The company also plans to announce the signing of some new sportsbook clients in coming months.

Playtech founder Teddy Sagi (pictured), who still holds a one-third stake in the company, was listed in the 2015 Sunday Times Rich List with a net worth believed to be £2.53b.