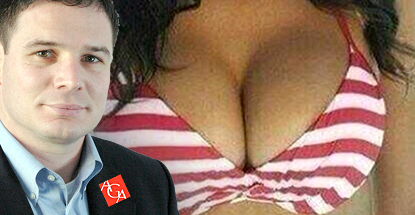 Freeman made his spirited call to arms – to arm-level, at least – at a meeting of the National Association of Attorneys General (NAAG) at MGM Resorts’ Beau Rivage property in in Biloxi, Mississippi. Feeling his oats on home turf, Freeman asked the assembled AGs to go full-on ‘avengers assemble’ mode in the fight against illegal gambling.

Freeman said illegal gambling is a “pernicious form of venture capital investments — the mother’s milk for a host of violent criminal enterprises.” Freeman believes society needs to tear these tainted teats from criminals’ mouths and that the AGs and the AGA should do some tearing ASAP.

Sounding a bit like he was on the phone placing an order with an escort service, Freeman says online gambling sites understand the appeal of a “sleek, corporate presentation.” Freeman says this professional appearance makes these sites “easy to mistake for a legal operation,” but, you know, Lock Poker.

Freeman claimed these international online scoundrels rake in $4b per year from Americans and warned that many operators are based in “Central America or places like the Isle of Man.” The latter jurisdiction is home to PokerStars, whose first shot at a US poker license was thwarted following the AGA’s ‘spot the felon’ PR campaign. Next month will mark one year since the AGA dropped its support of online gambling following an ultimatum from Las Vegas Sands chairman Sheldon Adelson.

Freeman proudly announced the launch of yet another public initiative – sadly not named ‘Nipples No More’ or ‘All Breasts Are Off’ – to get law enforcement and public officials motivated to be on the lookout for illicit mammalian protuberances. The ‘Stop Illegal Gambling – Play It Safe’ campaign will include gambling research, the creation of an online ‘these are the illegal gamblers in your neighborhood’ info center and a new expert advisory board, because you can never have too many committees.

NAAG president and Mississippi AG Jim Hood said he welcomed the AGA’s support and was “exploring the idea of establishing a committee to address illegal gambling.” Then, presumably, Hood turned and started at his lunch, trying to get his brain thinking about something other than Katy Perry videos.