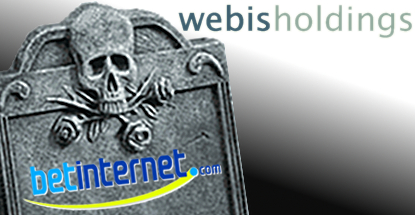 On Tuesday, Webis announced it had decided to shutter Betinternet after regulatory changes in certain Asian markets made business untenable. Webis said it had attempted to flog Betinternet to rival firms but received no firm offers, sealing Betinternet’s fate.

Last summer, Webis had reported that Betinternet was struggling with “external challenges,” including action by the government in Singapore that forced Webis to “curtail” Betinternet’s operations in the city-state. That door was permanently shut after Singapore’s new Remote Gambling Act took effect on Feb. 2.

Betinternet had been an internet fixture for 15 years but the “ongoing development of jurisdictional protectionism for fixed-odds operations by either prohibition or onerous regulatory and levy requirements means that Betinternet.com has little chance of maintaining further profitability as operational expenses increase.”

Webis now intends to focus on its San Francisco-based WatchandWager advance deposit wagering operation. In FY 2014, WatchandWager turnover rose 24% to $124.5m, two-thirds of which came from its Cal Expo racetrack in California. Turnover in Asia and Europe was up 9% and 237% respectively after the company inked deals with the Hong Kong Jockey Club and the Swedish Horse Racing Totalisator Board.