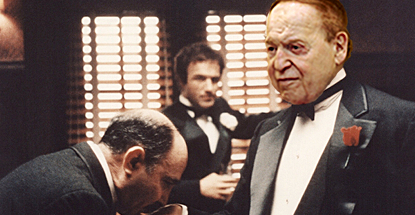 As promised, Rep. Jason Chaffetz (R-UT) has reintroduced the Restoration of America’s Wire Act (RAWA), the anti-online gambling legislation written/supported/demanded by Las Vegas Sands chairman Sheldon Adelson. Sen. Lindsey Graham (R-SC) has vowed to reintroduce RAWA in the Senate this year after it failed to come up for a vote in the previous legislative session.

The three-page bill (read it here), which is identical to the 2014 model, seeks to undo the late-2011 Department of Justice opinion that confirmed the 1961 Wire Act applied only to online sports betting. The opinion paved the way for the regulated intrastate online gambling markets in Nevada, New Jersey and Delaware, all of which would be forced to close if RAWA were to pass. RAWA would also restrict state lotteries from offering their services online.

Fortunately for those states, RAWA has about as good a chance of passing as President Obama has of joining the faces on Mount Rushmore. RAWA has been publicly slammed by a host of Republican icons, including Ron Paul and Grover Norquist, as an assault on the hallowed ground of state’s rights. The fact that Adelson is a major GOP sugar daddy has also given legislators qualms about the blatant quid pro quo that RAWA entails. To paraphrase Virgil Sollozzo, they don’t want to be seen as one of those politicians you carry in your pocket, Don Adelson, like so many nickels and dimes.

Chaffetz brushed off the controversy, telling reporters that Adelson had never personally funded any of his election campaigns. Chaffetz said he was glad Adelson supported RAWA but insisted the issue was “not just about any one person.” Chaffetz framed his anti-online gambling stance as a response to the DOJ opinion, which he called “yet another example of executive branch overreach.”

Chaffetz said the DOJ had made “what amounts to a massive policy change without debate or input from the people or their representatives.” Chaffetz insisted “that’s not the way we change laws in this country.” Of course it isn’t. If you want to pass a law without debate, you wait until the middle of the night then sneak it into a larger, unrelated piece of legislation, like the way Republicans slipped the Unlawful Internet Gambling Enforcement Act (UIGEA) into the SAFE Port Act back in 2006.

DID NETANYAHU PIMP JAPAN ON ADELSON’S BEHALF?
Adelson appears to be getting a much better bang for his funding dollars in Israel. Local media is in a frenzy over Prime Minister Binyamin Netanyahu’s alleged lobbying of Japan’s government about Adelson’s desire to build a casino in the Asian country.

On Thursday, Haaretz reported that Netanyahu buttonholed an unidentified senior official last month while the PM was on a tour of Japan. Netanyahu allegedly pushed for Las Vegas Sands to be one of the lucky casino license recipients when the country finally passes its casino legislation. The unnamed official was reportedly “shocked” by Bibi’s hustling and rejected it out of hand.

Israeli opposition parties are now asking why Netanyahu would be using an official state visit to advance the business interests of a citizen of a foreign country. Netanyahu’s Likud party has called the Haaretz story “a completely false ‘report’ which has no basis or connection to reality whatsoever.”

Adelson is a staunch supporter of Netanyahu, having launched a free daily newspaper, Israel Hayom, which has an editorial stance that can be summed up as ‘on the eighth day, God created Bibi.’ And on the ninth day, Sheldon got paid.