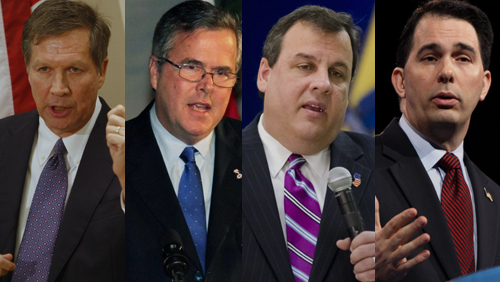 Sheldon Adelson treats the Republican presidential candidates to four days of luxurious schmoozing in the Venetian Hotel and Casino in Las Vegas.

Can Sheldon Adelson get any more hypocritical?

The Octogenarian online poker super villain has decided to take his all-seeing eye away from cyber world as he, and his wife, prepare to welcome what he hopes to be the next American president into his wrinkly bosom.

Florida Gov. Jeb Bush, New Jersey Gov. Chris Christie, Wisconsin Gov. Scott Walker and Ohio Gov. John Kasich will descend onto the Las Vegas Sands Venetian Hotel and Casino, for Adelson to give them the once over as he starts the selection process that will end up with one of them accepting around $100m in campaign funds.

He will be hoping to do much better than he did in 2012 when Adelson and his wife plumped nearly $100m into a rather personal campaign that saw them put the weight of Adelson-town behind the rank outside Newt Gingrich.

This time it’s believed Adelson is going to take a more professional and joined up approach as is evidenced from the tongue of his political advisor, and fellow hater of online poker, Mr. Andy Abboud, “The bar for support is going to be much higher. There’s going to be a lot more scrutiny.”

It seems that scrutiny will be taking place over dinner, at the golf course, and quite remarkably over the poker table.

Is this a trick?

Is he hoping that one of the candidates will stand up and refuse to play on the grounds that they believe poker is a cancer and has the ability to turn everyday American citizens into bankrupt quivering wrecks?

If so Chris Christie is pretty much out on his arse.

Adelson’s ‘once over’ is being disguised as the four day Republican Jewish Coalition spring leadership meeting, and the dinner is going to be held in Adelson’s airplane hangar.

Whatever happened to the kitchen table?