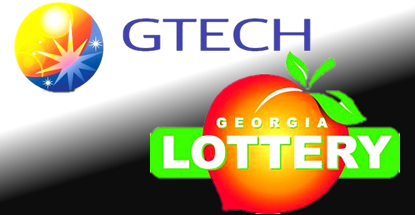 Italian gaming technology provider GTECH has expanded the online presence of Georgia’s state lottery, giving it the most diverse suite of options of any online lottery in the US. The Mygalottery.com site now offers draw-based games, iKeno and ‘einstant’ games for players 18 years of age or older located within state boundaries. A companion mobile app is scheduled to debut this summer.

The new ‘einstant’ games are being branded in Georgia as Diggi Games and utilize some of the best content among GTECH’s library of over 100 game titles, including Bingo, Crossword and ‘click and win’ games that mimic instant-win scratch cards. Following a controlled test over the past few months, Georgia’s Diggi Games collection now boasts 10-12 interactive instant-win games at prices ranging from $0.50 to $3.

Georgia Lottery Corporation CEO Debbie Alford said the Mygalottery site needed “to keep things fresh so each visit offers something new.” Without getting specific, Alford said online lottery sales have improved with the introduction of each new product.

The Georgia Lottery and GTECH have also teamed up on the new iHope card, the first lottery-branded debit card linked to a player’s eWallet. Winnings of $5k or less are paid directly to the iHope card, which can be used for purchases of goods or services wherever Discover cards are accepted.

Georgia approved selling lottery tickets online in 2012, following the lead set by Illinois a few months earlier. Michigan and Minnesota are the only other state lotteries to have taken the internet plunge so far, although Kentucky plans to make its move in 2015.

MINNESOTA LOTTERY CLOSER TO GETTING ONLINE WINGS CLIPPED
The Minnesota Lottery’s first-in-the-nation online scratchers are currently under threat of death, and their doomsday clock moved a little closer to midnight on Monday. A state Senate committee approved two bills that would repeal the Lottery’s ability to offer online scratch tickets as well as cancelling programs that allow players to purchase tickets at ATMs and gas pumps. The bills garnered similar approval from a House committee last week.

Gov. Mark Dayton vetoed a similar attempt to clip the Lottery’s online wings last year but this was only possible because he waited until the legislative session had concluded, leaving legislators no option to override. That won’t be the case this time around, as the anti-online bills have sufficient support to overcome Dayton’s veto pen.

Dayton offered a defense of the online scratchers on Monday, saying “if we’re going to have a lottery, why wouldn’t we want it to be as successful as possible so it would generate as much money as possible for the environmental trust fund?” Dayton mused aloud as to whether legislators’ objections weren’t being fueled by the state’s other gaming interests, including tribal casinos. “Given the political power that’s lined up behind this bill relative to what the expressed need for it is, something doesn’t connect.”